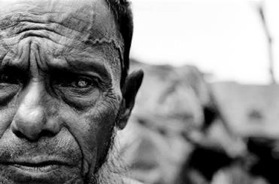 The International State Crime Initiative (ISCI) at Queen Mary University of London (QMUL) has welcomed the Myanmar government’s intention to establish an advisory commission on Rakhine State, but has called for assurances regarding the commission’s mandate and level of access to Rohingya communities.

ISCI published a major report on genocidal practice in Myanmar in 2015 entitled: Countdown to Annihilation: Genocide in Myanmar. The results of ISCI’s twelve month study, which included four months of fieldwork carried out between October 2014 and March 2015, found that the Myanmar state’s historic and ongoing persecution of the Rohingya constitutes genocidal practice. Their research also revealed genuinely held grievances on the part of the Rakhine, including accusations against the state of forced labour; land confiscation; arbitrary detention; and natural resource exploitation. According to Professor Penny Green, Director of ISCI: “Having experienced decades of discrimination and severe poverty themselves, the Rakhine feel marginalized and fearful of losing their cultural identity.”

The overall objective of the commission, chaired by former UN Secretary General Kofi Annan, ‘is to provide recommendations on the complex challenges facing Rakhine’. The commission will recommend ‘lasting solutions to complex and delicate issues’ in a report due to be released in August 2017. ISCI encourages the commission to consider the historic and ongoing persecution of the Rohingya in light of previous genocides in Rwanda, Bosnia, and Germany. The group’s research, which conceptualises genocide as a process rather than the endpoint of mass killing, demonstrates grave parallels between the experiences of the Rohingya and previous genocides.

ISCI has called for reassurance and additional information in several critical areas:

Professor Green said: “The complex and deeply polarised politics of Rakhine state require genuine will on the part of the Myanmar government to foster tolerance for individuals of all religions and ethnicities. ISCI urges all stakeholders in Rakhine state to approach the commission’s work with the view to establishing concrete and sincere solutions. ISCI acknowledges the positive steps Aung San Suu Kyi’s government has taken in response to hard line nationalist Buddhist groups such as Ma Ba Tha. The Myanmar government must continue to take a firm stance against the spread of hate speech and Islamophobia, and end impunity for violence driven by religious and ethnic motives.”

Details and more information about ISCI’s findings, concerning the stigmatisation; harassment; isolation; and systemic weakening of the Rohingya are set out in the notes below.

ISCI’s detailed research found evidence that the Rohingya have been subjected to systematic and widespread violations of human rights, including killings, torture, rape and arbitrary detention; destruction of their homes and villages; land confiscation; forced labour; denial of citizenship; denial of the right to identify themselves as Rohingya; denial of access to healthcare, education and employment; restrictions on freedom of movement, and State-sanctioned campaigns of religious hatred. It also found compelling evidence of State-led policies, laws and strategies of genocidal persecution stretching back over 30 years, and of the Myanmar State coordinating with Rakhine ultra-nationalists, racist monks and its own security forces in a genocidal process against the Rohingya.

The persecution entered a new and more devastating phase in 2012. Organised massacres left over 200 Rohingya men, women and children dead. Up to 60 Rakhine were also killed during the June violence. Hundreds of homes, the vast majority belonging to Rohingya, were destroyed. Around 138,000 Rohingya were displaced and ended up in what are effectively detention camps. A further 4,500 desperate Rohingya people live in a squalid ghetto in Sittwe, Rakhine state’s capital.

ISCI’s analysis reveals that historic economic, political, and social isolation combined with systematic targeted weakening through mass violence, illness and hunger, and the Myanmar state’s successive implementation of discriminatory policies against the Rohingya, amounts to genocidal practice – a process which has been ongoing for decades and appears to have accelerated during Myanmar’s nascent transition to democracy. ISCI research, conducted within a state crime framework, conceptualises genocide as a process, building over a period of years, and involving an escalation in the dehumanisation and persecution of the target group. The Rohingya have been branded and stigmatised as outsiders who have no place in Myanmar society; harassed though disenfranchisement as well as verbal and violent intimidation; isolated from mainstream society into squalid IDP camps and systematically weakened through physical and psychological destruction, overcrowding, malnutrition, lack of healthcare, torture, sporadic killings, humiliation, and abuse.