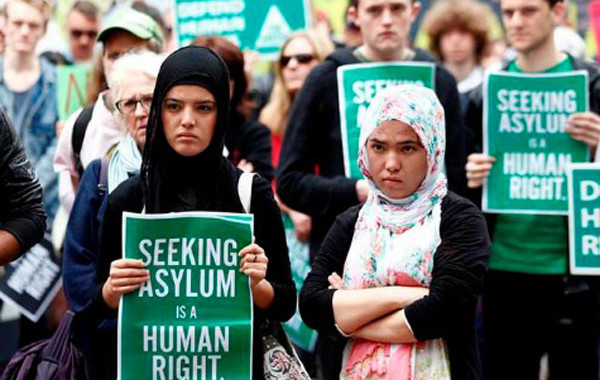 All countries practise immigration controls. But in an era of globalisation, the rich industrialised nations have colluded in the creation of a global system of migration controls which serves the interests of market states and global elites, while excluding the poor and persecuted from the culture of human rights. Some commentators characterise this as a global apartheid; The limitation of people’s freedom of movement based on nationality. At the same time, the need to migrate, for economic reasons or due to political persecution, has intensified under the impact of  free market ideology and the new imperialism, which is leading to resource-driven wars and the rise of authoritarian states, often working to secure the interests of multinationals.  The language of  ‘invasion’, ‘criminality’ and ‘threat’ that politicians and press deploy to demonise those who seek to migrate from  poorer regions of the world obscures the structured violence and harmful actions of state-created systems  of exclusion that undermine international law, as well as the humanitarian ethos of the 1951 Refugee Convention.