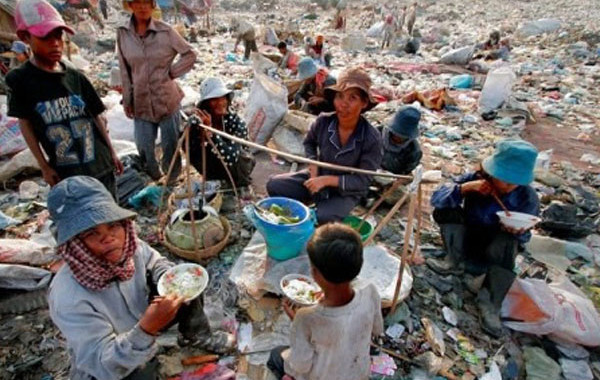 The Khmer Rouge held power in Cambodia from 1975 to 1979 with a very narrow base of support and no realistic strategy for governing the country. The ensuing deaths of around 1.5 million Cambodians were attributable partly to deliberate genocide of ethnic minorities and others not deemed to be “true Khmer”, but predominantly to malnutrition, disease and overwork stemming from the regime’s wildly unrealistic policies for the economic transformation of the country. Today, one of the main areas of state criminal activity is the complicity of state officials in forced evictions, allying themselves with rich landowners and corporations to enforce legally dubious land claims.