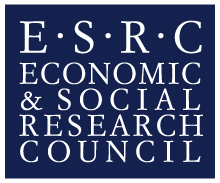 In 2011 Prof Penny Green and Dr Tony Ward were awarded an ESRC Standard Grant of £830,000 for a project entitled: ‘Resisting State Crime: A Comparative Study of Civil Society’ (RES-062-23-3144). The award enabled ISCI to recruit two post-doctoral researchers, Dr Thomas MacManus and Dr Ian Patel, and a research and policy manager. The project aims to study the role of civil society organisations in defining, censuring and resisting criminal acts committed, instigated or condoned by state agencies. It is a cross-cultural study which focuses on countries which are all undergoing processes of reconstruction following severe violent conflict, but which have very different levels of economic and political development. The study includes Burma, Colombia, Kenya, Papua New Guinea, and Tunisia.

Field work is now complete. Interviews conducted are being transcribed and researchers are in the early stages of drafting academic pieces in relation to their work in Burma, Tunisia and Papua New Guinea.

The project’s specific aims and objectives are as follows:

The central aims of the study are to:

In each of the selected countries our objectives are:

Patel, I (2014) Political violence and the efforts to salvage Tunisia’s revolution

Green, P (2014) The Routledge Handbook on Crime and International Migration

Patel, I (2013) Leagues for the Protection of the Tunisian Revolution

Barak, G The Routledge International Handbook of the Crimes of the Powerful

Patel, I Resistance to Transitional Justice in Revolutionary Tunisia: Hegemonic Justice and Noninstitutionalized Resistance in Conflict and Society