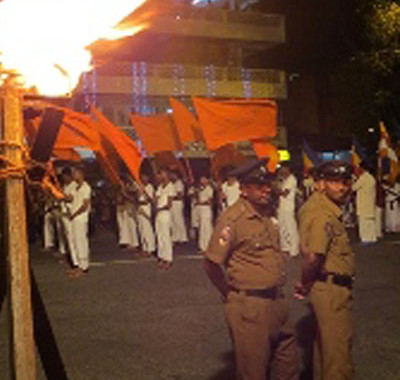 The small island of Sri Lanka has experienced near-relentless conflict in the last four decades. Sri Lanka is a country with a richly documented but contradictory and polarised history. The two largest ethnic groups, the Sinhalese and the Tamils, are ideologically inclined towards notions of fundamental territorial entitlement and the elected, Sinhalese-dominated government of the Socialist Democratic Republic operates through clientelism, state terror and ethnic politicking. Successive governments have followed this pattern of governance since independence from the British in 1948. Anti-government political uprisings by Marxist groups in the 1980s and by Tamil separatist groups since the 1980s have been violently suppressed by the state forces. The experience of injustice and marginalisation of the Tamil minority in a state based on the majority principles of Sinhala-Buddhism resulted in terrorism, inter-group violence, draconian counter-terrorism measures, and a further institutionalisation of state terror.