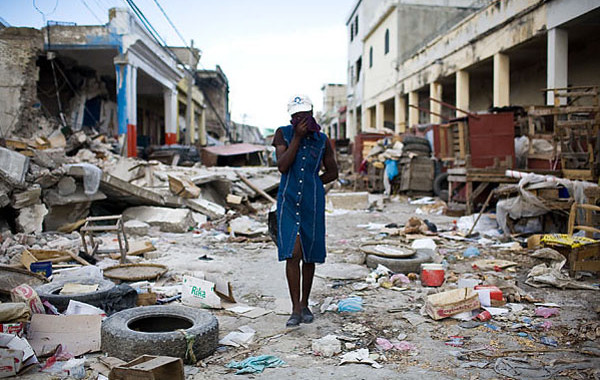 Haiti is the poorest country in the Western Hemisphere with 55 percent of the population living below the poverty line of $1.25 a day. Not only do a considerable number of Haitians suffer from chronic poverty, but recurrent social unrest, violent conflict, and internal displacement have been significant features of Haiti’s history since the country’s independence in 1804. For centuries Haitian governance has been plagued by successive coups, weak and inefficient institutions, and widespread corruption. Bitter political contestation has evoked strategies such as political killings, kidnapping, torture, and unlawful incarceration for officials and criminal networks seeking to maintain control. There is virtually no accountability for past human rights abuses: including those from the 1971 to 1986 Duvalier period where security forces committed rape, torture, arbitrary detention and other violations against thousands of Haitian citizens.

Haiti’s geopolitical import has further riddled the nation’s development (Haiti ranks 145th/169 on the Human Development Index). Periods of US occupation and excessive involvement from the outside compels the small island nation to comply with the policy goals and political preferences of foreign powers, either reluctantly or by force. External meddling, not limited to the US, creates additional instabilities in the political arena and limits the democratic agency and decision-making of ordinary citizens. The foreign-influenced ousting of Jean-Bertrand Aristide in 2004, for example, is thought a consequence of the populist figure’s pro-poor rhetoric and moves to tackle social justice issues.

On January 12, 2010 Haiti landed on the global map as a result of a 7.0 earthquake – an event so horrific that countries as diverse as Ghana, Greece, Estonia and Saudi Arabia immediately deployed some form of outreach and aid. From a State Crime perspective, the catastrophic disaster has become yet another lens for observing the prohibitive costs of endemic poverty and political volatility on a highly unequal society. A considerable number of the 220,000 persons killed in the quake met their demise by living in dense shantytowns and badly-constructed buildings in Port-au-Prince and surrounding areas. A staggering 2.3 million people were immediately internally displaced as they fled inhabitable homes and settlements – and many have never returned. Three years later, the rubble has disappeared at a far faster rate than the tented cities intended to house people temporarily. Little by little, Haitians have fought to exit camps and spontaneous settlements, restore their former situations, cope with tragedy and loss of family members, and find the means to acquire a basic living. As this process unfolds on a mass scale, and inside extremely crowded urban areas, it exposes the endless layers of socio-economic injustice that converge to prolong displacement for hundreds of thousands of the poorest members of society.

The 9-billion dollar earthquake relief effort is, by far, one of the largest ever launched by the international humanitarian community, but one that has been met with mixed results and fair criticism. Some claim the international system has neglected to establish meaningful relationships with Haitian civil society and human rights organizations, or work inside local efforts to address displacement and corresponding socio-economic issues. As Haiti looks towards ‘building back better,’ countless numbers of the displaced are to this day unable to access their rights to housing, land and property as a result of unfulfilled State obligations and patchy international intervention. Few seem willing or able to break the nested power relations between government and the powerful landowning elite that stall land reform attempts and prevent access to housing and tenure security for Haiti’s poor. In some of the worst violations against earthquake victims, nearly 61,000 displaced persons have been forcibly evicted from informal settlements by landowners and criminal gangs; in these acts displaced persons lose the poorly-serviced, tented communities that serve as the lifeblood for post-earthquake survival. As time lags on, the prospects are growing dim for the 400,000 displaced Haitians who still struggle to end their long-term state of homelessness and find a place that can protect them against flooding, disease, economic insecurity, and rising crime and violence.