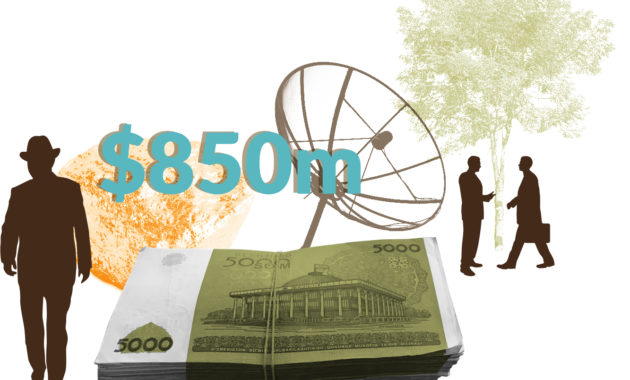 While there is growing international recognition that grand corruption generates a wide range of social harms, including serious human rights violations, victims of corruption remains a nebulous concept in policy, both at a national and international level. A striking example is the United Nations Convention Against Corruption. Although victims are acknowledged in the convention, victimhood is not defined, nor are their rights inscribed. Compounding matters, legal definitions of victims, which are grounded in tortious notions of liability and harm, are inappropriate for state-organised crimes, with collective victims.

The consequence of this nebulous status in law, policy and practice, is acutely demonstrated in the arena of international stolen asset return. While asset recovery has emerged as a key tool for censuring grand corruption, and remediating victims, it is administrated through state-to-state processes, that are opaque and inaccessible to the public in general, and victims in particular. Victims are not directly incorporated into the justice making process, nor are they necessarily direct beneficiaries of the return process. Even recent, welcomed efforts to support responsible asset recovery, is primarily focused on enhancing transparency, rather than victim advocacy.

It also ought to be noted, globally speaking, the absence of clear principles, policies and practices for incorporating and supporting victims of corruption, has a disproportionate effect on the rights and capacities of populations harmed most directly by grand corruption, including Central Asia, Eastern Europe and Africa. We, therefore, face a significant advocacy challenge, those states and political bodies which can help enshrine victims rights in international anti-corruption policy, are not directly accountable to those populations victimised by grand corruption. Civil society can play an important bridging role in this respect.

However, there is evidence to suggest international, state and civil society actors will be receptive to greater research and advocacy centring on victims of corruption. For example:

➢ In February 2017, the UNODC convened an international expert meeting on the management and disposal of recovered and returned stolen assets. Over thirty countries were represented, in addition to representatives of the UNODC, World Bank Stolen Asset Recovery (StAR) Initiative, EU, African Union Anti-Corruption Advisory Board, the United Nations SDG/FfD, Basel Institute on Governance and International Experts. An entire day of the three-day workshop was devoted to victims of corruption.

➢ In August 2016 the Open-ended Intergovernmental Working Group on Asset Recovery issued a report ‘Good practices for identifying victims of corruption and parameters for their compensation’.

In the absence of evidence based definitions of victims, and applied principles for doing justice in a victim-oriented fashion, there is a risk asset recovery will become a tokenistic and pragmatic approach, rather than a systematic method for deterring corruption, remediating victims and securing reoccurrence. We are currently then at a vital impasse, where researchers, civil society and policy makers need to joint together and operationalise a rigorous approach for incorporating victims into asset recovery processes.