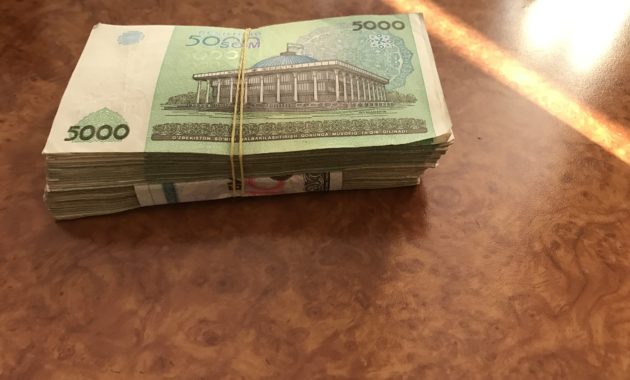 Although barely mentioned in the press, during late 2013 an international arbitration tribunal delivered a judgment containing explosive revelations on corruption within the government ofUzbekistan.

The decision includes allegations that the Israeli company, Metal-Tech, paid US$3.5 million in bribes to government officials and proxy individuals connected to Uzbekistan’s current President and former Prime Minister. This was 15% of the company’s total Uzbekistan investment.

The alleged criminal transactions attested to by the Karimov government were straight-forward enough. If Metal-Tech wanted to do business in Uzbekistan, they had to pay bribes to certain patrons in government. In return for this payment, these patrons would get the necessary approvals and protect the company from predatory colleagues.

However, when Metal-Tech’s primary patron Prime Minister Utkir Sultanov, lost favour with the President and was removed from government in April 2006, a feeding frenzy evidently began.  Within a year Metal-Tech was liquidated and its assets were seized by two state owned companies. Meanwhile in a familiar move designed to strong-arm companies, the Tashkent Public Prosecutor’s Office levelled criminal charges against a senior Metal-Tech executive who fled to Israel.

Following this bruising encounter, Metal-Tech sort compensation using an international arbitration mechanism made available under a bilateral investment treaty between Israel and Uzbekistan.

In a bid to scupper Metal-Tech’s case, the Karimov government argued that it had accepted bribes from the company. Ordinarily lawyers would not advise clients to self-incriminate, in this instance it appears to have been an adept legal tactic.

Tribunals and courts will only hear cases when the plaintiff has clean hands. Just as a drug dealer robbed by another drug dealer cannot ask the police for help, parties to corruption cant ask the courts for justice when they fall into dispute.

Consequently to short-circuit Metal-Tech’s claim, it appears the Uzbek state  opened the blinds into its business practices, in order to show it participated in corrupt transactions. And it was alleged, Metal-Tech had got its hands dirty.

With a degree of candidacy and transparency uncharacteristic of the Uzbek regime, detailed evidence was presented to the tribunal outlining the depth and breadth of political corruption within the Uzbek state.

So what did we learn? First and foremost, famous cases, like that of Gulnara Karimova, are the tip of a larger iceberg. It appears the Uzbek government is not short of offshore companies, manned by individuals and proxy individuals, prepared to accept bribes and launder money for senior state officials.

The consultants and family in high places

According to Metal-Tech’s CEO, Uriel Rosenberg, when his company developed plans to enter Uzbekistan’s molybdenum industry during 1997-98, he was introduced to three individuals, Victor Mikhailov, Uygur Sultanov and Igor Chijenok

Rosenberg claims he was warned by these individuals, ‘they could either be our enemies or they could assist us and join us and be our associates’.

Entering unknown waters in Uzbekistan, Metal-Tech naturally wanted allies with influence, and evidently had considerable funds at its disposal to solicit ‘friends’.

One of Metal-Tech’s new ‘friends’ was Mr Uygur Sultanov.

The Uzbek government, however, was at pains to point out that Mr Sultanov did have one relevant highlight on his resume – he was the brother of the then Prime Minister (1995-2003) Utkir Sultanov. It is alleged that Prime Minister Sultanov in fact took ‘an unusual interest’ in Metal-Tech’s investment, and subsequently was charged with responsibility for overseeing the joint venture.

The arbitral tribunal observes Metal-Tech ‘made substantial payments to Mr. [Uygur] Sultanov’. It continues, ‘a review of the record does not show any legitimate services for which such compensation may have been paid’.

Under cross-examination Metal-Tech’s CEO, Mr Rosenberg, acknowledged the real service being provided: ‘His brother was the Prime Minister at the time, so it really was one of the persons that could facilitate closing red tapes when the Company was initiated’.

The tribunal concluded, ‘Mr. Sultanov was paid to use his family relationship to facilitate the establishment of Metal-Tech’s investment in Uzbekistan. This conclusion leads to the further conclusion that the Claimant acted in breach of Articles 210-212 of the Uzbek Criminal Code’.

Another ‘friend’ secured through a consultancy arrangement with Metal-Tech was Igor Chijenok. At the time he acted for Metal-Tech, Mr Chijenok was head of Human Resources at the Office of Uzbek’s President, Islam Karimov.

According to the tribunal Mr Chijenok was able ‘to influence appointments of candidates to official positions and would be expected to have had contacts with many officials in the Government’.

Metal-Tech’s CEO admits, ‘I know that he was working in a high position in an official position’.

But were they paying him hundreds of thousands dollars to use this influence? Metal-Tech rejects this conclusion. The company claim he was merely contracted ‘to advise Metal-Tech on letter-writing’, owing to his ‘general familiarity with the way business was conducted in the Uzbek government’.

The tribunal concluded, ‘Mr. Chijenok was paid to use his position in the Uzbek government to facilitate the establishment of the Claimant’s investment’.

None of these conclusions were surprising. While Metal-Tech denied engaging in bribery, its CEO was more candid. He told the Tribunal these consultants were indeed paid so the company could obtain ‘access to the relevant Government officials they afforded and, quite frankly, for their ability to influence those Government officials’.

It was concluded by the tribunal that this was a criminal offence under Uzbek law.

The British government, for example, administers a range of oversees territories where highly opaque shell companies can be purchased to facilitate criminal activities, while Switzerland and Latvia have proven willing bank managers for illicit enterprises.

Uzbek state officials and their proxies have been particularly voracious consumers of these financial and corporate services.

In the Metal-Tech case it was claimed that the funds used to bribe officials were channeled through a network of Swiss and British Virgin Islands companies.

The tribunal reports that the Swiss registered company MPC International Investments and Consultants GmbH, was set up to facilitate the initial illicit transactions with Metal-Tech.

Evidence tendered during the hearing revealed that MPC was part-owned by Dutch company BV Chemie Pharmacie Holland (45%), who had acted as a fixer, introducing Metal-Tech to the ‘consultants’. A 45% stake was also held by Bordeaux Intertrade, a company registered in the British Virgin Islands (BVI).

The tribunal was convinced that the payments to Sultanov and Chijenok, funnelled through the Swiss and BVI companies, were criminal in nature. Mikhailov escaped explicit condemnation owing to a lack of evidence – although the Tribunal found ‘Mr. Mikhailov was largely unqualified to provide the consulting services that the Claimant alleges he provided’.

There are good reasons why Uzbek government officials chose the BVI as their preferred destination to incorporate a shell company to receive the alleged criminal proceeds. The BVI is known as a popular provider of corporate services to corrupt state officials. The Tax Justice Network explains why: ‘The secrecy here comes most importantly from the BVI’s lax, flexible, ask-no-questions, see-no-evil company incorporation regime, which allows owners of companies to hide behind “nominees” to achieve strong secrecy, and to set up companies quickly and at low cost’.

As a result of this opaque operating environment, BVI companies are used ‘to hide and facilitate all manner of crimes and abuses, worldwide’.

Not all Uzbek government officials go to the BVI, however. The United Kingdom offers customers choice and variety, by overseeing a range of other secrecy jurisdictions where criminals can operate – each of which has its own unique selling points that cater to the different particular needs.

For example, President Karimov’s daughter Gulnara Karimova prefers the British Overseas Territory of Gibraltar. In a legal action initiated by the US Department of Justice, Karomiva is alleged to have employed the shell companies Swisdorn Limited and Talikant Limited – which were fronted by close associates – to receive hundreds of millions in bribes from foreign telecommunication companies seeking access to Uzbek markets.

Gulnara’s pursuits are the mere tip of a sizable iceberg. Many other senior state officials and their family members are implicated in the bribery business, using offshore networks to stash the illicit cash in financial assets and luxurious properties.

The illicit amounts involved are measured in the billions of US Dollars – more than enough to build a world-class education system for Uzbek children, or quality healthcare for senior citizens.

During the Metal-Tech arbitration hearing, the Uzbek government incurred considerable legal bills. They amounted to US$7,435,954.95. This was almost seven times larger than Metal-Tech’s legal fees which were a more modest, US$1,112,966.86.

The Uzbek government’s attorney was White & Case LLP, a Washington DC firm whose influential partner Carolyn Lamm ‘is a founding member of the American Uzbekistan Chamber of Commerce and currently serves as Chairman of the Board’.

White & Case LLP claim, ‘we adhere to the highest standards of professional conduct and continually communicate and train all of our lawyers and employees in ethics and professional responsibility’.

When the arbitration tribunal was asked to award costs to the Karimov government, which would have seen Metal-Tech footing a US$7.5 million legal bill, the request was denied.

In the arbitration verdict, ‘the Tribunal found that the rights of the investor against the host State, including the right of access to arbitration, could not be protected because the investment was tainted by illegal activities, specifically corruption. The law is clear – and rightly so – that in such a situation the investor is deprived of protection and, consequently, the host State avoids any potential liability’.

The arbitrators continued by noting ‘that does not mean, however, that the State has not participated in creating the situation [corruption] that leads to the dismissal of the claims. Because of this participation, which is implicit in the very nature of corruption, it appears fair that the Parties share in the costs’.

Put simply, the tribunal believed that the Uzbek government was an active participant in the corrupt transaction, which they had expertly detailed. Therefore, it had no right to ask for any form of compensation from the other side for legal costs.

So what does this decision mean for corrupt governments globally?

Although unintentional, the precedent is a concerning one.

It appears that governments can escape liability for expropriation of businesses under international investment treaties, providing they solicit bribes from investors. Once everybody’s hands are dirty, nobody can ask for justice.

Given this precedent, it would seem even more urgent that criminal justice agencies globally enter the fray to ensure corrupt actors cannot escape liability for their illicit actions simply by dipping their client’s hands in the blood.

The Department of Justice in the United States has proven ready to prosecute such actors when the illicit conduct passes through their jurisdiction in some form. Other countries, such as the United Kingdom and Switzerland have proven more hesitant. Perhaps not surprisingly, they do not want to scare away customer, who purchase their corporate and financial services.

It appears everybody is addicted in some form to the drug of corruption. Until governments kick this dangerous habit, impunity for criminal state officials is assured.

And the cost to society is enormous. When wealth is diverted from productive investment and social services through the lever of corruption, it gets frittered away on speculative investments in real estate, financial assets and other common money laundering devices. These financial flows primarily benefit western asset markets, corrupt state officials, and the providers of professional services who often operate through murky offshore havens.

And while this illicit international economy fuels lavish lifestyles for an elite few, the majority struggle to pay for the necessities of life. Unless something is done to tackle corruption, disparities in wealth, lowering standards of living, and public distrust of government, will fuel uncertainty, instability, and disenfranchisement.

These social symptoms of the corruption disease which will ensure countries suffering from this degenerative illness will stagnate economically and politically, creating dependency and geopolitical weakness. The cost of corruption therefore is nothing less than our sovereignty and collective ability to live freely and independently.