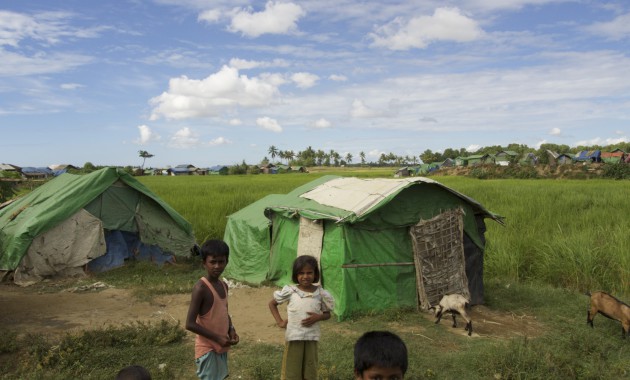 There is a general reluctance to define an event as genocide until after its occurrence. Our ESRC Urgent Mechanism funded research has revealed that the conditions of persecution against Myanmar’s Muslim Rohingya ethnic minority have developed into genocidal practice. The research was conducted within a state crime framework wherein genocide is understood as a process, building over a period of years, and involving an escalation in the dehumanisation and persecution of the target group (Green and Ward 2001; 2004). While Myanmar’s Rohingya minority (with an estimated population of 1.4 million in Rakhine State) have historically suffered from gross persecution and the denial of basic human rights (including the right to citizenship), mounting violence and discrimination against Muslims suggests that the current situation could rapidly descend into ‘full blown’ genocide.

Our analysis strongly indicates that several indicators of genocide are present. State practice surrounding escalating violence and discrimination against the Rohingya reflects that observed in Rwanda, Germany and Bosnia in the periods preceding mass killing.

The following developments in Myanmar are of grave concern:

In January and March 2014, new waves of deadly, state sponsored violence were perpetrated against the Rohingya in Maungdaw and Sittwe (Rakhine’s state capital) respectively.

In January 2014 the government withdrew staff and medicine from the only state-run hospital for the Rohingya Thae Chaung refugee camp near Sittwe.

On 26 February 2014 President Thein Sein announced his support for a Bill to restrict interfaith marriage between Muslim men and Buddhist women.

Muslims have been prohibited from registering as ‘Rohingya’ in the country’s April 2014 census, the first to be held in three decades.

There is thus an absence of a counter-discourse which challenges the Myanmar state’s practices. The Rohingya are isolated and marginalised, not only by the Myanmar state, but also by the local human rights community.

The project team has written to the UK Prime Minister, David Cameron, outlining its concerns for the Rohingya.