No Friend But the Mountains by Behrouz Boochani 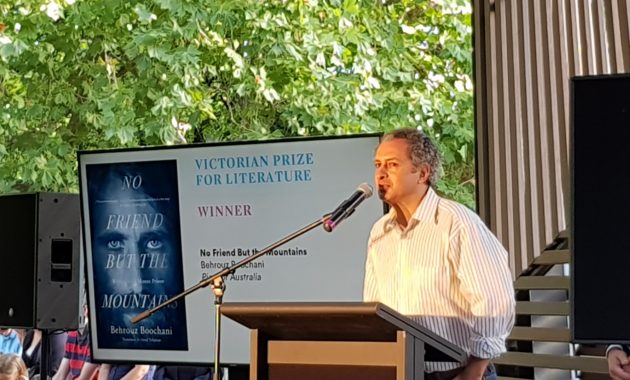 Boochani is also stateless. He is a political prisoner who has been incarcerated by the Australian government in the Manus Island Regional Processing Centre, in Papua New Guinea (PNG), since 2013, when he sought asylum from persecution in Iran. Since 2013, Boochani has been dedicated to documenting life in immigration detention. He has published extensive commentary and analysis in sources such as The Guardian Weekly, The Sydney Morning Herald, Huffington Post, The Saturday Paper, and Arena Magazine.

His work of non-fiction, No Friend but The Mountains: Writing From Manus Prison (Picador Australia 2018) was written entirely from within immigration detention at Manus Island, PNG, through the transmission of WhatsApp messages.  It has been awarded the Anna Politkovskaya Investigative Journalist Award for documentation of life at Manus Island detention centre. In January 2019, it attracted public attention as the recipient of both the Non-Fiction Award, and the Victorian Prize for Literature in the 2019 Victorian Premier’s Literary Awards.

Although the eligibility criteria for these awards is that those short listed must be Australian citizens, the judging panel and its convenor, Dr Jordy Silverstein defended shortlisting the book on the basis that Australia is both legally and ethically responsible for those being held in immigration detention at Manus (as well as in Nauru) in a way which no other country is responsible. Secondly, they argued that as someone who is stateless, Boochani would not be eligible for any other nation state-based prizes. Accordingly, as Silverstein has noted, the judges asserted that ‘Boochani should be considered eligible for prizes in Australia, and that the existence of citizenship rules – while on the one hand necessary so as not to have the prize open to everyone in the world – present a restriction which do not fit with the current circumstances of Australia’s immigration and visa residency policies.’ Ensuring that the book was eligible for the awards, says Silverstein, the ‘most ethically just response.’ The judges report detailing the reasons for the award can be read here:  Victorian Premier’s Literary Awards, describing the work as a ‘literary triumph’ as well as a ‘triumph of literary translation’ by Omid Tofighian,  which ‘evades simple description.’

This book offers a compelling, elegantly written and nuanced account of life (and death) within Australia’s immigration detention centres, which Boochani aptly describes as prisons. Drawing on diverse literary traditions and interweaving these with implicit references to philosophy and social theory, No Friend but the Mountains is a multi-faceted book which is likely to generate rich scholarly reflection and exploration for years to come. The likelihood of its longevity as a critical analysis and commentary on Australia, and on the violence of the modern state, was key to the judges’ decision. As a form of prison writing it invites careful reflection upon the nefarious and unseen ways in which state violence, crime and oppression are manifested through what Boochani alternately describes as the Kyriarchal System (a concept first developed by Elisabeth Schussler Fiorenza) or ‘Manus Prison Theory.’

Boochani’s reflections on the Kyriarchal System were also explored through his participation via Zoom, in a special panel on Manus Prison Theory, at the 2019 Conference of the Australian and New Zealand Association of Criminology, at the University of Melbourne. As he noted at the conference, ‘Manus Prison Theory’ applies much more widely than to immigration detention: it is ‘about exposing Australia’s colonialism and its historical and political layers’.

In accepting the Victoria Premier’s Literary Awards, Boochani stated that ‘I have always said I believe in words and literature. I believe that literature has the potential to make change and challenge structures of power. Literature has the power to give us freedom.’ This book is Boochani’s call to action by academics to examine these structures of power more closely.

A review of  Boochani’s book by Dr Loughnan will appear in Volume 8(1) of State Crime journal. 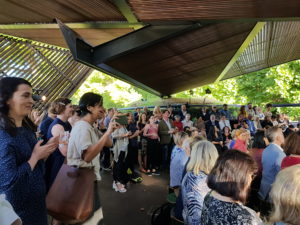 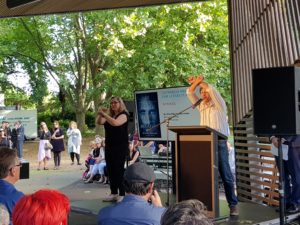 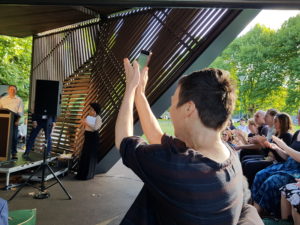