MH17 is a crime, and so is the reckless bombardment of all civilian spaces 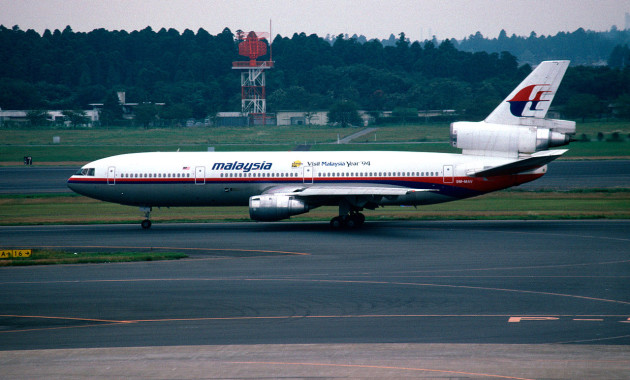 The great critic of American foreign policy, Noam Chomsky, has a simple yet controversial technique for identifying contradiction in the international stance of western governments; he judges them by the standards with which they condemn others.

To date, the tentative consensus is that MH17 was not targeted intentionally, the offenders were, rather, recklessly indifferent. Those responsible, it has been suggested, engaged in a risky military action by firing into air space frequently employed by civilian aircraft, a decision which in the end cost 298 lives.

The Australian Prime Minister, Tony Abbott, captured the mood of the international community when he declared, ‘this looks less like an accident than a crime. And if so, the perpetrators must be brought to justice’.

And he is right, those recklessly employing lethal weaponry to pound spaces where there is considerable risk of civilian deaths should be held to account.

But just imagine for a moment were this logic applied without fear or favour to all. For example, in 2003 the ‘coalition of the willing’ drenched Iraq in some of the most destructive weaponry known to man, killing tens of thousands of people. According to Human Rights Watch, ‘although cluster munition strikes are particularly dangerous in populated areas, U.S. and U.K. ground forces repeatedly used these weapons in attacks on Iraqi positions in residential neighborhoods’. Millions across the world labelled this reckless indifference to civilian life a crime.

Similar throngs of condemnation were elicited during the 1990s when crippling U.N. sanctions on Iraq exacted a civilian death toll measured in the hundreds of thousands, with children faring the worst.

Yet western leaders differentiated their conduct in both instances, from that of a war criminal, on the basis that all civilian deaths were unintended (and a price worth paying, as Madeleine Albright put it) – added to this is the caveat, when a city is the battlefield, civilian casualties are regrettably inevitable, but all steps are taken to minimise them.

This same logic is being employed by the Israeli Defence Force (IDF) over recent weeks as it pounds the Gaza strip with high explosives; yet evidence suggests that approximately 75% of those killed during the current bombardment of Gaza are civilians.

Nevertheless, US Secretary of State John Kerry has labelled the IDF military offensive ‘appropriate and legitimate’, while at the same time condemning the downing of MH17 and demanding an independent inquiry, signposting significant consequences for Russia if they are found complicit. Both are reckless military actions, that have produced horrific civilian causalities, yet have elicited two very different responses from the figureheads of western state power.

It would appear that when Western governments embark upon military adventures which induce episodes of civilian carnage, they are saved from the judicial knife by citing their regret and lack of intention, although foreknowledge of the likely outcome is never denied, nor does it act as a brake for future military forays that prompt further mass civilian casualties. However, when it comes to enemy-states, a different set of principles apply. Reckless bombardment of civilian space is enough for criminal indictment – and rightly so – with immediate calls for an independent and thorough inquiry, conducted by a neutral third-state party.

Of course, this is part of a much broader episode in hypocrisy when it comes to state crime. As the prolific legal scholar, Richard Falk, recently argued – since the Nuremberg trials international criminal law has been impoverished by a notorious double standard when it comes to serious state crimes. The crimes of those states opposed to the international ‘liberal’ order are to be condemned with utmost vigour, while our crimes, are not even crimes at all. They are accidents, or regrettable collateral damage, and certainly not acts which demand prosecution much less sanction.

As long as such double standards persist we will continue to live in a lawless world where tragedies like MH17 and Gaza are on endless rotation.