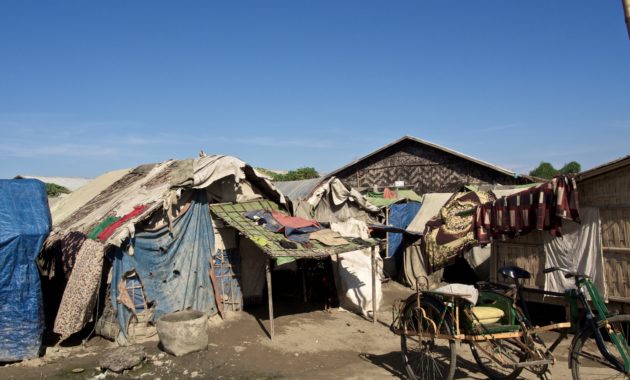 London 23 November 2016: Aung San Suu Kyi is legitimising genocide in Myanmar and has entrenched the persecution of the Rohingya minority, according to state crime specialists at Queen Mary University of London (QMUL).

Researchers from the International State Crime Initiative (ISCI) at QMUL’s School of Law last year published the results of months of fieldwork in Myanmar’s Rakhine State. Their investigation concluded that the Myanmar state’s policies are genocidal. Their research exposed evidence of mass killings, forced labour, torture, sexual violence, arbitrary detention, institutional discrimination, and the destruction of communities. They were among the first to describe the plight of the Rohingya as genocide.

Penny Green, Professor of International Law at QMUL and Director of ISCI said: “The election of Anng Suu Kyi’s National League for Democracy in 2015 has brought no respite for the Rohingya. In October this year a new reign of terror by the Myanmar state emerged and continues to escalate. We continue to see widespread killings, arbitrary detention, mass rape, collective punishment, arson, and village clearances.”

The researchers say that on-the-ground reports reveal a consistent picture of a trapped, terrified, and desperate community. They warn that reports are consistent with historical practices of state repression and violence in the region, echoing the brutal and indiscriminate crackdowns of 1977-8 and 1991-2 when hundreds of thousands of Rohingya fled to Bangladesh.

Alicia de la Cour Venning, lawyer and ISCI researcher said: “These events mark a disturbing but entirely predictable pattern in the genocidal process. Genocide begins by reducing the target group’s strength and undermining moral empathy for the victims. This stage is followed by more violent forms of persecution and eventually, particularly if perpetrators of violence are not held to account, mass killings.”

The researchers say that entire communities are now experiencing the genocidal stage of systematic weakening: state-sponsored denial of access to health care, livelihood, food, and civic life. They warn that the government’s objective is to render the population so physically and psychologically diminished that they are unable to engage in a purposeful life.

The group is strongly critical of Aung Suu Kyi and the National League for Democracy (NLD). Earlier this year Suu Kyi demanded foreign governments refrain from using the term ‘Rohingya’, and the Myanmar government’s public statements continue to demonise and deny the group’s existence.

Meanwhile the researchers say that the state run Global New Light of Myanmar implicitly referred to the Rohingya as a ‘terrorist’ ‘foreign’ threat in Northern Rakhine state and a ‘thorn which must be removed’. Myanmar’s own Human Rights Commission has refused to acknowledge the existence of the Rohingya and the domestic criminal justice system is being used as an instrument of persecution, according to the researchers.

Professor Green says: “Despite the fact that this is the most significant test of Suu Kyi’s leadership, the country’s de-facto leader has remained remarkably indifferent. Neither Suu Kyi nor her President Htin Kyaw have visited Rakhine state during the current crisis.  Suu Kyi says very little, other than to repeat the line that investigations will be conducted fairly and according to the rule of law. Her claim that ‘we have not tried to hide anything on Rakhine’ is utterly disingenuous. Her statements run counter to reports that we, and our colleagues in the human rights community, are receiving from the Rakhine state and can only be interpreted as denial – a familiar and integral strategy deployed by criminal states to deflect blame.”

Thomas MacManus, lawyer and ISCI researcher says that Suu Kyi’s government has adopted “the military dictatorship-era tactics of blanket denial, an absolute ban on international observation, severe limitations on humanitarian access within the region, the muzzling of the press, and the ‘blacklisting’ and deportation of human rights activists”.

He added: “Aung San Suu Kyi must be held to account. The Rohingya need strong advocates and they need the world to understand that the persecution they face is genocidal. Only enormous pressure on the Myanmar government will succeed in halting the devastation. The Rohingya are staring death in the face.”

More than 100,000 Muslims, formerly living in mixed Rakhine and Rohingya communities, have been forced into squalid camps in an overcrowded and isolated detention complex on the outskirts of Sittwe. A further 4,250 Rohingyalive a precarious existence in downtown Sittwe’s militarised ghetto, Aung Mingalar. Dehumanised and destitute, Sittwe’s Rohingya live what can only be described as a ‘bare life’. The parallels with 1930s Germany are undeniable.