COVID-19 and State Crime in Paraguay 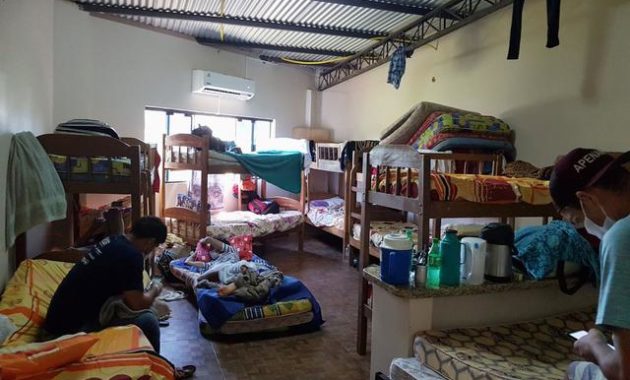 Paraguay has been praised for its response to the COVID-19 pandemic and has been called one of the best examples of pandemic management in Latin America. The success is owed to the government’s immediate and forceful response after the second confirmed case of COVID-19 on March 10. By March 20, the country was in a full lockdown and military-run shelters were set up obligatory for anyone entering the country. There is a struggle between the overall objective of containing the spread of the virus and the protection of individual rights.

The government has taken extreme measures by setting up these shelters and enforcing mandatory quarantine, however, it remains imperative that the restrictions taken by states are necessary and proportionate and does not violate international human rights law. The conditions in the shelters are less than adequate, and there is a serious violation of the right to information, especially in regards to the duration of the quarantine and the criteria used to discharge people. It will become apparent that the conditions in these shelters are not in line with the guidance given by the WHO on the implementation of quarantine measures.

The Republic of Paraguay is a landlocked South American country with a population of 7.1 million and is a multicultural and bilingual country with two official languages: Spanish and Guaraní. The 1992 Constitution is the basic charter of Paraguay and states that Paraguay is a representative and pluralist democracy founded on the principle of human dignity, with three branches of government: the legislative, executive, and judiciary bodies with Mario Abdo Benitez serving as the current president.

Paraguay is highly dependent on agriculture and its beef and soya export, and has benefited from a strong economic growth in the last decades.  The COVID-19 pandemic hit Paraguay just as the country was embarking on a strong recovery path after growth had stalled in 2019 with a GDP/capita of 5414.18. Going forward, poverty reduction is expected to stall as unemployment and underemployment is expected to increase, implying the need for a higher social protection in the face of the global recession.

In 2017, the total expenditure on health, as % of GDP, was 6.65. Per 1,000 people, Paraguay has 1.30 hospital beds, 1.35 physicians and 1.66 nurses and midwives. The health care system is a mixed private and public system which results in an uncoordinated and highly fragmented implementation. Paraguay has promoted action towards universal health coverage and has set the stage for a new approach to health care based on primary care.

Nevertheless, access gaps remain a challenge and its efforts have not significantly altered the foundations of the health system or its fragmentation as there is still an uneven distribution of healthcare workers. Conversely, the coverage by health insurance has progressed little and remains low, at 26%. Consequently, costs are high and many Paraguayans are confronted with the prospect of impoverishment in the face of health expenses.

This weak health system made Paraguay especially vulnerable when the COVID-19 pandemic hit, and in order to protect the system, the government imposed strict measures.

COVID-19 and the violation of civil and political right violations

States are able to restrict some rights to protect public health under international human rights law, see for example the International Covenant on Civil and Political Rights, and have certain additional powers if a state of emergency threatens the life of the nation. The UN High Commissioner for Human Rights, Michelle Bachelet, has called on governments to ensure human rights are not violated under the guise of exceptional or emergency measures such as COVID-19. It is imperative that the restrictions taken by states are necessary and proportionate.

Praised for its response to the pandemic and the imposition of quarantine measures, Paraguay has been called one of the best examples of pandemic management in Latin America. However, it becomes clear that this is at the cost of individual rights. As of 27 November 2020, there were 78.878 confirmed cases and 1691 deaths.

On 10 March 2020, just after the second case of COVID-19 was confirmed in the country, Mario Abdo Benitez’s government ordered strict quarantine measures including the closing down of schools and the banning of all public gatherings. State-run and military-run quarantine centres were set up to hold anyone entering Paraguay, and adapted existing infrastructure such as military bases, warehouses, police stations, and indoor sports complexes to accommodate large groups of individuals. It was only after several months that people who had the financial means were given the choice to stay in state designated hotels.

WHO has offered guidance in this respect and has set out their recommendations for States to consider when implementing quarantine. This states that if a decision to implement quarantine is taken, the authorities should ensure that the quarantine setting is appropriate and that adequate food, water, and hygiene provisions can be made for the quarantine period. Furthermore, the authorities must provide clear, up-to-date, transparent and consistent guidelines, with reliable information about quarantine measures.

An Amnesty International report published on 21 September 2020 disclosed that the quarantine centres were not suited for appropriate social distancing and were lacking shelters, water, sanitation and rapid COVID-19 testing, resulting in a high risk of spreading and contracting the disease while in deprivation of their liberty. People detained further explained that there was a lack of information regarding the duration of the quarantine and the criteria used to discharge them from it, and many were forced to stay longer than the WHO recommended period of 14 day s- some as long as 46 days.

The right to privacy is a fundamental human right recognised in various regional and international treaties, including the UN Declaration of Human Rights, the International Covenant on Civil and Political Rights and Article 33 of Paraguay’s Constitution. It stands central to the protection of human dignity and is the basis of any democratic society. There is concern that, in wake of the pandemic, the use of technology for control and surveillance will increase. The newspaper Última Hora reported on 24 March 2020 that, according to interior minister Euclides Acevedo, the government is working on a mobile app that would monitor quarantine compliance and that drones will be used to monitor compliance with sanitary measures. How Paraguay proceeds should be monitored closely, as many countries may use the pandemic as grounds to increase its use of surveillance and collection of personal data. The danger of this is that the expansion of digital surveillance could be made permanent and abused, and thus violate fundamental human rights.

The International Covenant for Economic, Social and Cultural Rights guarantees the rights to social security, an adequate standard of living and to the highest attainable standard of health, and imposes an obligation on governments to take adequate measures to achieve their realisation. These same rights are ensured in articles 6, 68 and 95 of Paraguay’s Constitution.

While the national lockdown measures were imposed early on and helped control the spread of COVID-19, the Benítez government has come under fire for not providing support to the citizens without income during the lockdown period. More than half of Paraguay’s workforce is employed in the informal economy, meaning they lack formal protection and benefits in situations such as this pandemic.

Emergency measures to fight the crisis included a US$1.6bn credit line, but the people in need have not been properly supported and hunger has become a serious problem for many. The promised scheme of emergency payments comprising cash and food has only reached a small number of people. While another help scheme is expected, President Benítez has called for patience.