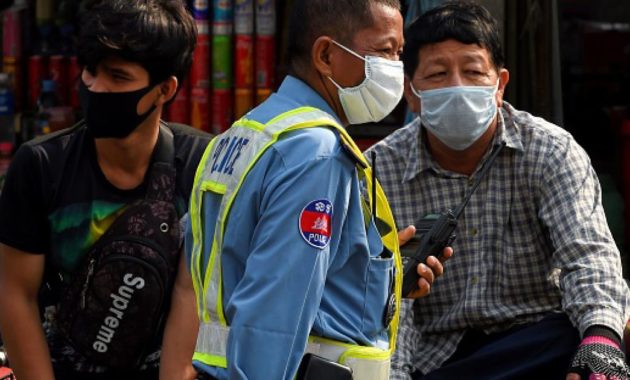 In measures taken to protect the health and economic functioning of society against the spread of COVID-19, the Cambodian government has declared a public health emergency and placed limitations on individual rights and freedoms. While limited restrictions on movement and border closures may be proportional, considering the limited capabilities of the Cambodian healthcare system, significant concerns have been expressed regarding the government’s excessive violation of civil and political rights.

These concerns include violations of freedom of expression, with arrests of political enemies and journalists, and use of an inflammatory rhetoric. The provisions outlined in the Law on Management of the Nation in a State of Emergency provide legal justification for unchecked powers and violations of freedoms. Furthermore, the Cambodian government must do more to protect the health of its prison population and ensure provision of education to fulfil its obligations under the ICESCR.

It is a parliamentary constitutional monarchy, with the chief of state the King Norodom Sibamoni. The head of the government is Prime Minister Hun Sen of the Cambodian People’s Party (CPP), who has been in post since 1985.

Cambodia is effectively a one party state as the  main opposition party to the CPP, the Cambodia National Rescue Party (CNRP), was dissolved by the CPP-controlled Supreme Court in 2017 in advance of the national elections in 2018. The government has been heavily criticised by human rights organisations for limiting media freedoms and targeting political opponents.

Total expenditure on health as a percentage of GDP is 6.1% with per capita expenditure  of $228.6. The healthcare system is largely privately financed, with the majority of health expenditure out-of-pocket payments. Provision is provided by both public and private healthcare providers. Per 1,000 of the population, Cambodia has 0.8 hospital beds (2015), 0.168 doctors (2014), and 0.955 nurses and midwives (2014).

Important in considering the ability of the healthcare system to cope with the potential burden of patients in respiratory distress due the COVID-19 is the number of ventilators. It is reported that Cambodia has a total of 200 ventilators, which equates to 0.012 ventilators per 1000 people.

As a signatory to the ICCPR, the government of Cambodia is obliged to promote human civil and political rights and freedoms. It is recognised, however, under Article 4 of the Covenant that states may derogate from their responsibilities under the Covenant in a time of public emergency.

On Wednesday 29th April the acting head of state Say Chhum enacted the Law on Management of the Nation in a State of Emergency. This law permits a state of emergency to be announced by Royal decree, which is not subject to a time limitation, in response to “grave disruption of national security and public order”.

The emergency law dictates the government would have power for unlimited surveillance of telecommunication contact systems.

The emergency law dictates the government would have power for unlimited surveillance of telecommunication contact systems providing authority for violation of Article 17 of the ICCPR, the right to be free from arbitrary interference with privacy. It allows the government to restrict the distribution and broadcast of information, providing a basis for violation of freedom of expression.

Further to this it provides for the introduction of “other measures that are deemed appropriate for and necessary to responding to the state of emergency.” This inclusive statement allows for introduction of unconstrained powers in response to vague concerns of “disruption of national security” as outlined above. Human Rights Watch have raised concerns the use of disproportionate and vague fines, as permitted by the law, will be directed at political enemies and critics.

As of 24th March Human Rights Watch had documented 17 arrests of people sharing information on COVID-19, including 4 affiliated with the dissolved opposition CNRP, raising concerns over violations of the right to be free from arbitrary detention.

Concerns regarding disproportionate violations of freedom of expression in the context of the pandemic have been raised. On April 7th a journalist was arrested and detained in jail for directly quoting a speech made by the Prime Minister. The broadcasting channel with which the journalist was employed had its licence revoked the following day.

While  the government has ceased references to religion, these actions could be deemed violations of Article 20 of the ICCPR, the prohibition of advocacy of religious hatred that constitutes incitement to discrimination.

The government has taken action to restrict freedom of movement by border closures. An order dated April 16th banned non-essential travel to Europe, the US and Iran. On April 9th travel restrictions within Cambodia were issued effective until April 16th, prohibiting travel between districts and in and out of the capital Phnom Penh, with exceptions for emergencies and necessary travel.

It is useful to compare these measures against the scale of the pandemic in Cambodia, to allow consideration of the proportionality of the measures. Figure 3 displays the number of confirmed cases per day, and the cumulative total number of cases. These figures must be considered alongside concerns over limited testing. As of the week beginning the 20th April, the Ministry of Health had conducted 9,792 tests, however these have only been performed on those with a travel history.

With consideration to the limitations of the Cambodian healthcare service, strict border control measures and broad restrictions on movement appears proportional and important in preventing escalation of the virus spread to community transmission. However, significant concerns over violations of other civil and political rights have been highlighted as unnecessary and disproportionate.

In an attempt to reduce the possibility for transmission of COVID-19, the Cambodian government has ordered suspension of businesses such as sports clubs, spa and wellness businesses. The operation of many factories has also been impacted over the course of the pandemic.

Measures taken by the government to provide social security have included requesting the private sector to reduce rental fees or defer repayments, suspending exports of essential foods to ensure domestic supply, and establishing task forces to control supply and prices of essential goods such as basic food, pharmaceuticals and cleaning alcohol.

A task force has also been established to plan budget policy on financing and social assistance, with aims to stabilise livelihoods of vulnerable people and businesses, seeking to mobilise finance from abroad. Limited compensation of $70 has been offered to factory workers, with the government providing $40 of this.

Within the context of the current COVID-19 pandemic, ensuring the right to health requires timely and accurate public information on the coronavirus. Concerns have been raised in a report by Human Rights Watch that Prime Minister Hun Sen has denied or downplayed the risks posed by the virus to the Cambodian people.

It is also critical to provide best access to affordable healthcare. Cambodia has had success in recruiting support to improve its healthcare facilities. The World Bank has approved $20 million funding to help Cambodia meet the aims of its ‘COVID-19 Master Plan,’ financing construction of treatment centres, increasing diagnostic capacity of labs and purchasing medical supplies.

In acting to ensure the right to health, the government must give special consideration to the conditions of the most vulnerable to society.

Overcrowded prison conditions in Cambodia leave those detained particularly vulnerable to infectious disease spread. The Cambodian League for the Promotion and Defense of Human Rights reports that Phom Penh’s Correctional Centre 2 (CC2), which is the only prison holding women and children, currently holds 1,850 detainees despite having an official capacity of only 350. Human Rights Watch have called for the release of those in pretrial detention and political prisoners to reduce prison populations and decrease the risk of institutional outbreaks.

One of the measures taken by the government in the context of COVID-19 has been to close all education institutions nationwide on March 14th. Considering limited reported spread in Cambodia, with no new cases recorded since April 12th, it is perhaps advisable to reopen schools open while producing accessible resources for home schooling.