The Dying Sahara: US Imperialism and Terror in Africa, Jeremy Keenan 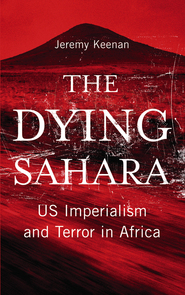 Pluto Press, SOAS and the International State Crime Initiative (ISCI) invite you to the launch of

US Imperialism and Terror in Africa

Author Jeremy Keenan will be in conversation with Penny Green (ISCI) about his new book The Dying Sahara followed by a book signing and drinks reception.

For more information or to RSVP please email events@plutobooks.com