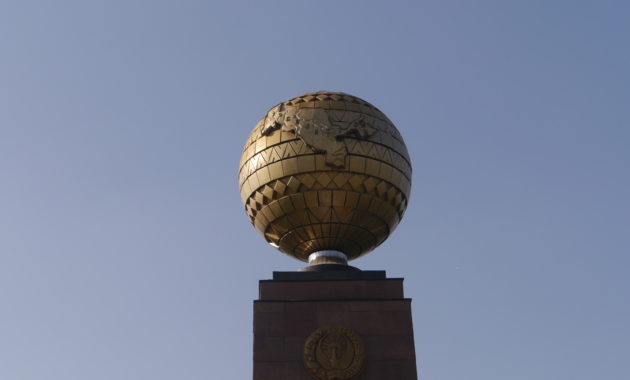 Each year men, women and children in Uzbekistan, are forcibly marched into the cotton fields to gather the annual harvest. Organised by a corrupt and repressive state regime, only the most tenacious and courageous human rights defenders can bear witness to this abuse. They do so at great risk to themselves, and their family.

In 2014, a brief opportunity emerged when the government of Uzbekistan conceded to ‘third party monitoring’ of the cotton industry. This occurred at the World Bank’s request, after criticism was levelled at the bank by human rights organisations who allege, with facts in their hands, that its agricultural loans to Uzbekistan perpetuate the system of forced labour.

The International Labour Organization (ILO) was appointed to undertake, and report on, the monitoring process. The climax of which is the ILOs most recent report which declares child labour ‘phased-out’, and forced labour largely on the wane.

Were these findings robust, it would be a cause for celebration. Sadly, it is not yet time to celebrate. These conclusions are the tainted fruits of a research process that is fundamentally flawed and lacking integrity, grounded in a precarious ménage à trois between the Uzbek state, the World Bank and ILO.

Third party monitoring in Uzbekistan takes places under the spectre of a totalitarian regime. Since obtaining independence in 1991, the sharp teeth of the Soviet Union’s repressive apparatus have been repurposed to support the largely illicit activities of an elite cabal, who operate the Uzbek state through secretive clan networks.

This has many manifestations. Uzbekistan continues to operates unreformed gulags where tens of thousands of people are sent, without a fair trial, often on the basis of forced confessions, and endure hard-labour, torture and other degrading treatment. There is no free media, no independent civil society, and democracy is a staged affair devoid of substance, as is any pretension towards the separation of power.

Overseeing this predatory system is the SNB, the KGB’s successor. It operates an informal policy of martial law and total surveillance that belies Uzbekistan’s constitutional freedoms and protections. Its agents infiltrate all sectors of society and terrorize those who fails to comply with official dictates.

This normalised system of state control and terror is cashed in on by public officials, and clients in business, who operate the country’s economy as a racket.

Uzbekistan’s cotton industry is the example par excellence of this. Over the past two decades, millions have been forced into the cotton fields – under the foreboding spectre of organised state violence – and made to pick cotton for derisory pay, often in deplorable conditions. The considerable profit extracted from this illicit trade, disappears into the government’s opaque fiscal apparatus, almost certainly privatised by political barons and their clan affiliates, who operate state machinery as fiefdoms.

See no evil, hear no evil, speak no evil: Inside the ILO’s methodology

None of the above sobering reality, which has been documented persistently and with no small degree of bravery for two decades, is apparent in the recent report published by the ILO under World Bank patronage.

The ILO observes that seven experts from the organization undertook a six-week fieldtrip to Uzbekistan. At all times, we learn, they were chaperoned by a counterpart from the Federation of Trade Unions.

This should raise eyebrows. Professor Simon Clarke and Vadim Borisov explain why – the Federation of Trade Unions has ‘retained all of the structures and practices of the Soviet era intact’, which has involved its ‘complete absorption’ into ‘the state apparatus’.

The ILO team exhibit no evident concern in their report that fieldwork was undertaken hand in glove with state minders, or for that matter, that foreign investigators who slip the surveillance apparatus and conduct independent inquiry, have been deported from Uzbekistan when caught (which is considerably better treatment, than when the same is done by local investigators).

Nor does the ILO team evidence any awareness of the serious ethical breaches their stated methodology involves. We are talking here about interviews conducted with vulnerable cotton pickers – who are not afforded even the most basic human right protections – under the shadow of a state that operates a vicious system of surveillance and punishment, with its agents in immediate proximity.

This would not pass a university ethics committee – at least one worthy of the name – and if a researcher went rogue and emulated the ILO team’s approach it would be grounds for dismissal.

Perhaps what is most infuriating about the report, is that none of the essential political context is ever acknowledged – for the unfamiliar reader the research could have been conducted in a vibrant democracy, not a region consistently rated as one of the most oppressive in the world.

As a result, the ILO team does not attempt to justify its methodology against the complex environment it is actually being deployed in.

The only acknowledgement of the challenges associated with conducting research in a society ruled over by totalitarian state – where the government is a research ‘partner’ no less – comes indirectly, when the report creaks under the contradictions of its approach.

The ILO acknowledges, ‘getting beyond what ILO experts were given to hear was at times difficult. Many interviewees appeared to have been briefed in advance’.

Despite witnessing the symptoms of a deeper system of ideological control, the ILO did not feel this fundamentally tainted their sample.

Indeed, the report contends: ‘ILO experts can simply record what they observe and are told; it is not possible for them to verify the information received’.

If data cannot be verified, it shouldn’t be published, much less relied upon to make  striking statements on a human rights issue of burning global significance.

Yet this is exactly what happens. In the report the ILO team declare: ‘Uzbekistan has phased-out organized child labour’. Speaking more generally, they acknowledge, ‘forced labour remains a risk for some categories of people’, however, it adds they ‘are a minority of all pickers’. Most, in other words, are in the fields voluntarily.

But as one drills into the content, the poisoned fruits of its methodological seeds are readily apparent.

Take this remark: ‘Visits to 26 higher education institutions were undertaken. Most of them were not operating fully during the harvest as students were picking cotton for about one month. Brigade leaders [used to recruit students] are from faculty or Kamolot’.

Kamolot is innocently described by the ILO as a ‘youth organization’. Eric McGlinchey, an Associate Professor at George Mason University, offers a more disarming description: ‘Modelled after the Soviet Komsomol, Kamolot is both an institution for the … government to exert centralized control, and a means for assimilating new cadres into the state bureaucracy’. He adds, ‘though registered as a non-governmental organization, it is in actuality one of the most expansive arms of the Uzbek government’.

An essential detail the report fails to note. Nor is any attention paid to credible reports that university students were actually ‘mobilised’ for more than one month.

The ILO team then offers the following mealy-mouthed conclusion, ‘given the dependency of students on the authorities who participate in the recruitment, the real extent of voluntariness is unclear’.

This is simply not so. On the one hand, students are being recruited by organs at the heart of an autocratic state apparatus, and on the other, we possess a wide range of ground reports of student labour being forced.

The latter are not difficult to locate. One of the most respected authorities on forced labour in Uzbekistan’s cotton sector – the Uzbek-German Forum for Human Rights – has posted numerous examples of testimony which demonstrate with great clarity university students are being cajoled into the cotton fields.

To use another example.

The ILO reports affirmingly that complaint hotlines have been set up, manned by the Ministry of Labour and the Federation of Trade Unions, incorporating ‘international best practice’. Yet again, no mention is made of the fact that phone communications in Uzbekistan are monitored by the SNB, or that in the past users have faced recriminations.

Many other examples could be pointed to, which predictably flow from the study’s methodology.

On this flawed basis, the report’s conclusion is what the World Bank wanted to hear: the districts receiving funds (though the central government!) from the bank are, according to the ILO team, not affected by forced labour.

The report will give succour to one of the most oppressive regimes in the globe today, and buttress the façade essential to continued labour abuses and corruption in Uzbekistan’s cotton industry, which occurs sadly with international complicity. And while the entire ILO should not be tarred by the same brush, its involvement in a flawed third party monitoring in Uzbekistan is an enduring blemish on the organisation, which demands rapid and definitive action.