Violence, corruption and impunity are longstanding problems for PNG’s police 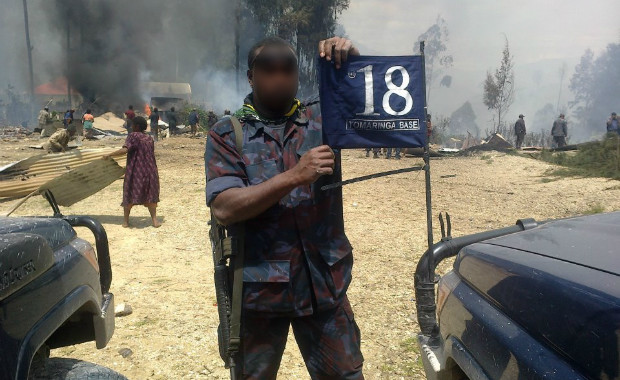 The recent video of a young woman forced to consume a condom by Papua New Guinea police, has rightly triggered condemnation. Yet this humiliating act is by no means an isolated incident. It is rooted in a much longer history of violence, lawlessness and impunity within the Royal Papua New Guinea Constabulary (RPNGC).

Of course, it needs to be said at the outset, many police officers serve their country with distinction, under very difficult conditions. In short, an entire force cannot be tarred with the same brush.

Nevertheless, there is compelling evidence cataloguing a longstanding culture of violence, lawlessness and impunity within the RPNGC, particularly the mobile squad units. It shouldn’t be forgotten it was their brutality on Bougainville that is frequently cited as one of the critical triggers for the subsequent conflict that cost up to 20,000 lives.

Over the past decade there has been a steady stream of critical reporting on the RPNGC. For example, Amnesty International has documented the lawless behaviour of mobile squads operating around the Porgera mine. They claim, ‘between April and July 2009, police officers of the Mobile Squad burned down at least 130 buildings in Wuangima, with local community members reporting many more being destroyed’.

Violence against women and children has been a persistent problem too. For example, in a series of reports published in 2005 and 2006, Human Rights Watch uncovered serious sexual assaults perpetrated by police officers, in addition to other acts of humiliation and degradation, including the forced consumption of urine and other gratuitous acts of wanton torture.

On numerous occasions concerns have been raised over mobile squad units securing PNG LNG, including Esso Highlands logistic support for their operations. Investigations are promised by government, but never occur.

We have also seen the RPNGC implicated in high profile human rights abuses on Manus Island, and the systematic torture of landowners in service of the logging industry.

Were all that not enough, repeated warnings have been raised over police in Port Moresby and elsewhere, unlawfully evicting communities using extreme violence, on behalf of developers who have acquired the property under questionable conditions. Coupled to this are the other day to day abuses committed by police who not only torture suspects and humiliate civilians publicly – but have the temerity to take glory shots for their own amusement. 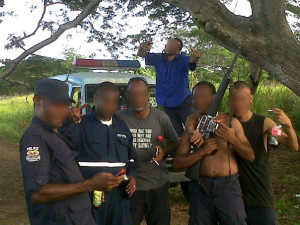 This organisational behaviour has been going on for over three decades, without any enduring signs of improved discipline.

Therefore, more junior officers might be forgiven for thinking they are above the law, given the senior command have made no substantive attempt to reform an organisation troubled by systemic corruption, human rights abuses and lawless behaviour.

If we take into account the mountainous body of unprosecuted referrals made by anti-corruption agencies over the past two decades, involving senior politicians and civil servants, its fair to say many state officials have little to gain from a highly functional police force, who impartially administer the law. After all, turkeys don’t vote for Christmas.

If history is a guide, this latest scandal will pass under the bridge, without any substantive institutional reform. Of course, there will be much noise from government quarters to quench the public desire for justice, it is unlikely though this will translate into long term action. Politicians know they can grandstand at the heat of crises, and then wait for the public to cool.

Something seismic and unprecedented will be needed to break the cycle of abuse, outrage, and inaction.