The Following statement is a call from Palestinian Women from Occupied East Jerusalem, reposted here by ISCI

We women of occupied East Jerusalem call for immediate protection as we witness and suffer the widespread and serious violations of Palestinian human rights, including physical attacks and injuries, severe psychological threats, and persecution by the Israeli settler-colonial state and settler entities. We urge the international community to act and defend the rights of Palestinian children, women, and men, including the right to a safe life amidst the constant attacks, excessive and indiscriminate use of force used by the Israeli oppressive apparatus, acts of violence and daily terror committed by Israeli Jewish civilians, including settlers. This brutality is intimidating our lives, provoking our youth, willfully causing death and bodily and psychological harm, and disabling and injuring of our community members. We, a group of Palestinian women, mothers, sisters, daughters and youth—and in the name of the “Jerusalemite Women’s Coalition”—call upon the international community to protect our families, community, and children. We are calling for the protection of our bodily safety and security when in our homes, walking in our neighborhood, reaching schools, clinics, work places, and worships venues. We are calling for protection, for we feel displaced even at home, as the Israeli soldiers, armed settlers, border patrol, and police invade our homes, attack our families, stripsearch our bodies, and terrorize us all.

We women of occupied East Jerusalem feel as if we are orphans, without any protection from the Palestinian Authority or the international community, as the Israeli state terrorizes our homes, educational institutions, and public spaces. The state’s imposition of collective punishment and sanctions invade not only our physical spaces and bodies, but also our psyches. We live in a state of fear and horror, not knowing how to face the omnipotent power of the highly technologized settler colonial entity, and militarized Israeli state that regularly executes Palestinians in the streets. Palestinians in occupied East Jerusalem have been abandoned, subject to the discriminatory policies of a violent state and its security and police apparatus.The current political violence and the lack of any protection, as the Israeli security apparatus is protecting Jews only, jeopardizes women’s safety and her economic, social, psychological, and bodily rights, as well as children’s and men’s safety and security. We call for protection, and the implementation of Security Council Resolution 1325 on women, peace, and security, and urge human rights defenders to protect our community from the Israeli machinery of oppression. Our children must be allowed to reach their schools in peace, and our parents and elderly must be able to reach their work places, health institutions and welfare services with safety. We request that we are able to walk in the streets without fearing the attacks of the Israeli security apparatus and its armed settlers.

We are calling to protect women and girls, who are particularly vulnerable to various forms of state violence and mass atrocities. The economic strangulation of Palestinians by the Israeli settler-colonial powers, that have thus far resulted in the total dependency on the Israeli entity, further traps the lives of Palestinians. The feminization of poverty and the economic strangulation of Palestinians in occupied East Jerusalem enslave Palestinians. The feminization of slavery in the colony is apparent when watching Palestinian women turn into domestic workers humiliated, controlled, and oppressed in Israeli public and private entities. We are aware that humanitarian law attempts to challenge the inherent inhumanity of wars and colonial criminality by requiring international actors to protect civilians. International humanitarian law suggests moral boundaries of the exercise of power in situations of mass violence. International humanitarian law’s main object is primarily to protect and aid victims of violence.

We, the women of occupied East Jerusalem,are politically orphaned. We are victims without protection, as the Palestinian Authority has no right to protect us in our city, and the Israeli state treats us as terrorists that should be humiliated, attacked, violated, and controlled. The guerrilla state style tactics used in occupied East Jerusalem, be it the attacks on Palestinians in the streets, the beating of the young and old, the attacks on children going to and from school, the invasion of violent settlers to our neighborhoods and homes, the control of our life, water, cell phones, internet, mobility, health, economy, and accessibility to other resources, have situated us in human cages—segregated, restrained by Israeli laws and security theology, unable to know what to anticipate and what will come next.

Having to endure all the above difficulties, which have been escalated by Israeli cabinet resolutions and otherwise ignored due to global amnesia, WE ARE CALLING FOR PROTECTION AND URGENT ACTIONS TO PREVENT FURTHER AGONIES, UPROOTING, DEMONIZATION, AND SUFFERING.

The Coalition includes a group of Women NGOs and Jerusalemite feminists from all segments of society. 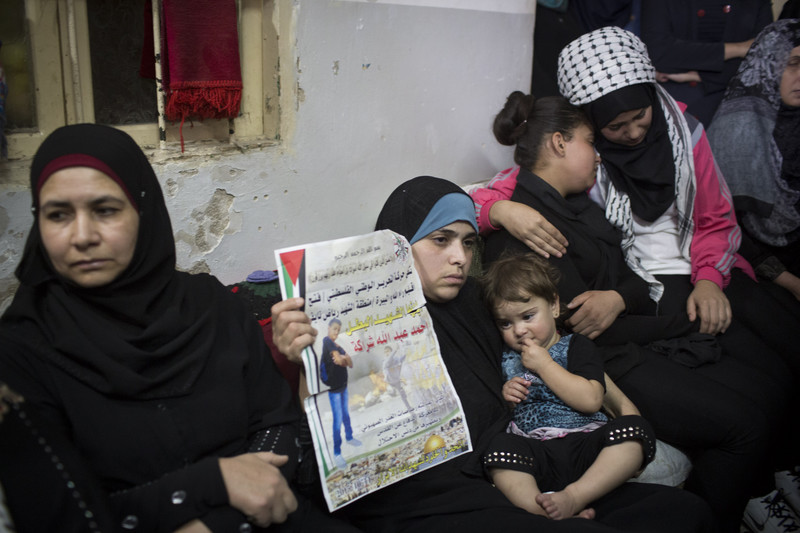