Overt racism as State Policy at the Dead Sea 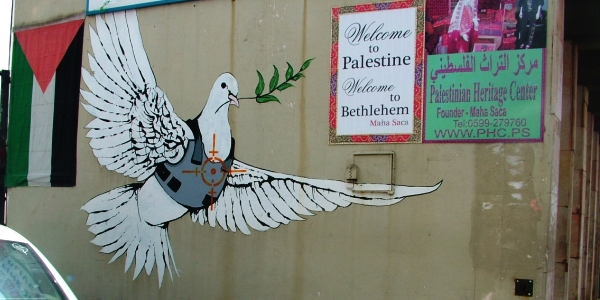 Elements of the Israeli military occupation of Palestinian territory and the visible apartheid within the State of Israel are contrary to international law. Belligerent occupation in itself is not an unlawful situation; it is accepted as a possible consequence of armed conflict. At the same time, under the law of armed conflict, occupation is intended to be only a temporary state of affairs however Israeli occupation has mutated into a prolonged illegal affair that breaches the rights of the Palestinian people.

The Dead Sea beach resort at Kalia is a popular destination for Israeli’s and tourists alike. The resort is however owned by Kibbutz Kalia, an illegal Israeli settlement on the North shore of the Dead Sea, and the beach itself is located within the Occupied Palestinian Territory (OPT) of the West Bank. Websites advertising tourism in the area fail to make this clear. One reviewer on Trip Advisor suggests that a visit to the Kalia Beach is ‘an unusual and fun experience.’ However on visiting the resort a few days ago, I noted that the racist policies of the management were neither unusual nor fun for the Palestinian families attempting to enjoy the beaches of their homeland. Soon after our arrival it became apparent that whilst Israeli Jews (and their pet dogs), Europeans, and Westerners could enter the resort unhindered, Palestinians were being stopped immediately upon leaving the car parking area and were being turned away. When the ‘guard’ was challenged by my Israeli Jewish colleague and I, he informed us he was acting under the instructions of the Kalia Beach management. When questioned in a office within the resort by my Israeli colleague, the management claimed that their policies were dictated by the Israeli Defence Force (IDF) and ultimately the State of Israel. Three armed IDF arrived at the resort within minutes of us voicing our concerns.

Almost thirty minutes later and after threats of police arrest being made to my colleague, the Arab families were allowed to make their way towards the entry gate of the resort, only to be told shortly thereafter that the resort was now full and they would have to leave. Israeli Jewish families did however continue to be admitted. One full hour after our intervention, the management relented and permitted access to an Arab family. These events were captured on video.

The question of Israeli racism is not new. On 10 November 1975, the UN General Assembly adopted a resolution declaring that ‘Zionism is a form of racism and racial discrimination’ (Resolution 3379). The racist character of the State of Israel has also been confirmed as being similar to that suffered in South Africa (Durban Conference 2001). More recently the 3rd session of the Russell Tribunal on Palestine (RTP) was held in Cape Town, South Africa in November 2011 and concluded that ‘Israel subjects the Palestinian people to an institutionalised regime of domination amounting to apartheid as defined under international law’.

There are options open to the international community and international organisations to address the criminal behaviour of the State of Israel however they choose to remain willing bystanders to the oppression of the people of Palestine.

For further information, including video footage of this incident taken by Dr Cameron, please click here.