The Philippines / May Cheng 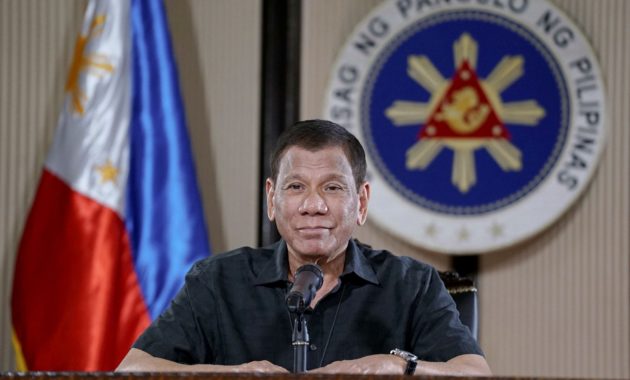 The Philippines government has adopted an authoritarian approach to contain the spread of virus. With the use of police and military forces, it has oppressed and threatened its nation to comply to its strict regulation, violating the basic human rights of its citizens.

Although the containment of the virus serves a key national priority, the government has failed to implement measures that are feasible to adhere to and has been reluctant to offer adequate support and aid for its nation. Consequently, there has been a growing resistance to the quarantine protocol. In response, president Duterte threatened to declare martial law on 17th April in order to reinforce the public health interventions in place.

The Republic of Philippines is a nation consists of over 7000 islands in Southeast Asia. Its current president, Rodrigo Duterte, is known for his nationwide anti-drug campaign, including the extrajudicial killings of drug addicts which have claimed over 20,000 lives since 2016. With a population of 106 million and a GDP/capita of $3830 (2018), records suggest that over a quarter of the population live below the national poverty line, as a result of weak political governance, high vulnerability to natural disasters, as well as extreme social inequality.

The Filipino health care system is a mixed public-private system. In 2017, the Philippines’ total expenditure on health care as a percentage of GDP was 4.45%, which was slightly higher than the average of lower middle income countries (3.87%). The country relies on a social health insurance system- the PhilHealth (the Philippine Health Insurance Corporation)- to provide universal health care for its citizens.

Despite providing coverage for 93% of its population, health care remains inequitable and inaccessible for many Filipinos. In 2017, out-of-pocket health expense was marked at 53% of the total health expenditure, suggesting the limited financial protection offered by the government. In addition to poor access of health care services, medical facilities in the Philippines are extremely underequipped with hospital bed density of only 1 per 1000 population and nearly 30% of health care facilities lacking access to clean toilets.

Furthermore, there is a shortage of medical personnel. In 2015, there were 1.28 physicians and 0.24 nurses per 1000 population in the Philippines, below the average of lower middle-income countries (1.22 and 2.04 respectively).

The Philippines declared a state of emergency on 16th March. Under the proclamation, the entire island of Luzon, home to over 63 million, was placed under a 30-day community quarantine. During this period, schools and other non-essential shops were closed, public transport suspended, and checkpoints were set up along city border by police and military to reinforce the rule.

President Duterte ordered police and military to shoot anyone who “creates trouble” and does not obey the quarantine rule.

Other provinces have since implemented community quarantine, putting the whole country on lockdown. On 2nd April, President Duterte ordered police and military to shoot anyone who “creates trouble” and does not obey the quarantine rule.

While the government has given police and military greater authority to reinforce the enhanced community quarantine, it has also given opportunities for greater misuse of power, undermining citizens’ rights to political justice.

Within the first 11 days of the lockdown, police made over 40,000 arrests on charges of violation of quarantine policies, such as not complying with social distancing or the curfew. Three days after President’s Duterte’s warning, police shot dead a drunk 63-year-old man, after he threatened village officials and police with a scythe at a coronavirus checkpoint.

Besides, police have allegedly been abusing the detainees by forcing them to sit in intense midday sun and putting them into dog cages. In addition to the excessive violence and detention, there have also been concerns that the emergency declaration has given authorities leeway to exacerbate president Duterte’s ongoing “drug war” and to authorize killings of powerless citizens amid the pandemic.

Simultaneously, the lives of healthcare workers have been threatened since the start of pandemic, as they became targets of public violence. On 27th March, two motorcyclists threw chlorine on a nurse in Cebu and on the following day, five men attacked a healthcare worker in Sultan Kudarat and threw bleach on his face.

Due to the government’s slow response, many hospitals have failed to obtain sufficient supply of personal protective equipment for frontline healthcare workers, resulting in over 17 deaths of physicians.

At least two journalists have been charged for spreading false information about the pandemic.

The emergency declaration also allows to mete out punishment to those who spread “false information” about the outbreak. To date, at least two journalists have been charged for spreading false information about the pandemic. Christophe Deloire, the secretary-general of Reporters Without Borders, has stated that multiple nations, including the Philippines, have taken the pandemic as an opportunity to “impose measures that would be impossible in normal times,” so as to repress media and censor information.

Despite its promise to distribute cash and food packs to poor families, many have complained of the slow and unequal distribution of supplies. Due to the poorly managed transport restrictions, over 8000 containers were left unclaimed in Manila’s port, many of which contained basic necessities and medical supplies.

In Quezon City, government official admitted that only 2500 of the 7000 families in San Roque had received food aid since the start of lockdown. On 1st April, 21 residents were arrested for violating the quarantine rules. Although government officials claimed that these individuals were protesting and demanding government food aid, many arrested individuals argued that they were only there because they heard rumours about an ongoing food distribution.

Nevertheless, the citizens’ desperation to access food reflects the government’s lack of support during the enhanced quarantine period, indicating that citizens’ rights to adequate food and other necessities have been abused and that the pandemic is intensifying poverty and social inequalities across the nation.

The government is “criminalizing the poor for violating quarantine protocols that are impossible for them to follow.”

Critics have warned that the government is “criminalizing the poor for violating quarantine protocols that are impossible for them to follow.” Home quarantine, for example, is particularly difficult to implement in poor communities where the size of housing is very small and the access to clean sanitation is poor.

Without government help, the strict quarantine protocol will only violate the social rights of these poor individuals, limiting their access to clean sanitation and appropriate housing condition.

Children who were caught out after curfew were put in a dog cage and forced to lie in a coffin for an hour.

In addition, street children, who do not have access to a safe household, will not be able to comply with the government protocol. Without appropriate laws to protect children against violence, these children are at risk of abuse by the police. There have been cases where children who were caught out after curfew were put in a dog cage and forced to lie in a coffin for an hour.

Coupled with the slow delivery of food aid, government policy has abused these children’s rights to adequate food, leaving these children poor and malnourished. Without adequate government support, these children are likely to be forced into the informal sector in order to survive, increasing their vulnerability to become targets of human trafficking or exploitation.

Additionally, many hospital staff have been subjected to unlawful housing eviction during the pandemic. Many nurses have also been underpaid and have been forced to work overtime in an environment that does not provide adequate protection against the virus.

May Cheng is a medical student at Barts & The London School of Medicine and Dentistry, currently taking an intercalated Bsc in Global Public Health.