A Critical Introduction to Genocide 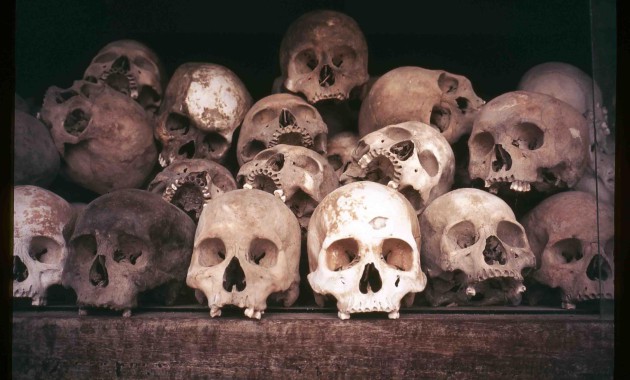 Genocide, the intentional destruction of a specific group, is an important subject for scholars of state crimes, yet it remains underexplored within the discipline. In light of the increasing pervasiveness of genocide in the twentieth century, it is perhaps surprising that genocide studies have tended to be the remit of historians and theologians. Social scientists rarely turned their attention to the study of this particular type of criminality until the 1970s (Fein, 1979; Horowitz, 1982:3; Bauman, 1989:3, Fein 1993:5; Fein, 2002:75). Hirsch (1995: 75) suggests that even today sociological attention to this topic has at best grown from almost nonexistent to scarcely existent.

There is no indication as to where or when the first genocide occurred, the evidence from antiquity being contradictory, ambiguous or missing. Kuper (1981) argued the word is new, the crime ancient, making reference to horrifying genocidal massacres in the eighth and seventh centuries BC in the Assyrian empire in addition to accounts of the many genocidal conflicts in the Bible and in the chronicles of Greek and Roman historians.

In a 1941 BBC radio broadcast, the British Prime Minister, Winston Churchill, described the actions of the Nazis in Europe as a crime without a name (Elder, 2005: 470). Two years later, Raphael Lemkin, the Polish Jewish specialist in international law, created the neologism of genocide to express the use or a user of deliberate, systematic measures such as killing, bodily or mental injury, unliveable conditions, and prevention of births, calculated to bring about the extermination of a racial, political, or cultural group or to destroy the language, religion, or culture of a group (Elder, 2005: 469). In developing this new term, Lemkin combined the Greek word genos (race, tribe) and the Latin word cide (killing). Lemkin became the founding figure of the United Nations Genocide Convention (UNGC).

After two years of acrimonious debate over the definition of genocide, the United Nations General Assembly finally passed the Convention on the Prevention and Punishment of the Crime of Genocide, in December 1948. By October 1950, twenty countries had ratified the Convention on Genocide and, in January 1951, after ratification by Canada, the UNCG came into effect. There was one notable exception; the United States refused to ratify the Convention, arguing that it could prove detrimental to American citizenry. The US Senate did finally ratify the Convention in 1986, some forty years after it was first drafted.

In its present form, the United Nations Convention on Genocide dictates that genocide means any of the following acts committed with intent to destroy, in whole or in part, a national, ethnical, racial or religious group:

(a) Killing members of the group;

(b) Causing serious bodily or mental harm to members of the group;

(c) Deliberately inflicting on the group conditions of life calculated to bring about its physical destruction in whole or in part;

(d) Imposing measures intended to prevent births within the group;

(e) Forcibly transferring children of the group to another group.

Article II, Convention of the Prevention and Punishment of the Crime of Genocide, 1948.

In the said Convention, the following acts are punishable:

(b) Conspiracy to commit genocide;

Article III, Convention of the Prevention and Punishment of the Crime of Genocide, 1948.

The UNGC definition of genocide is simultaneously broad and narrow, and draws no distinction between types of genocide, seeking instead to define the elements they commonly share (Kuper 1985: 150).

Unsurprisingly, the term genocide bewilders scholars and initiates controversial and frequently hostile debate over what exactly constitutes genocide. Despite a wealth of excellent scholarship on definitions, genocide remains to this day a deeply contested concept with a lack of unanimity about its core definition (Charny, 1999; Alvarez, 2001; Rittner et al, 2002, Charny, 2003:23). A review of the sociological literature identifies at least thirteen different definitions of genocide (Straus, 2001) with some arguing that both political and social groups should be included in any definition of genocide (Charny,1988; Drost, 1975; Kuper, 1981; and Totten, 2002). Such contention is highly problematic since intervention and prevention of genocide, and the prosecution of cases that include genocidal-like actions, are dependent on an accepted and analytically rigorous definition.

Historically, a number of typologies of genocide have been presented in literature, some of which include actions involving indigenous peoples specifically. Dadrian (1975), for example, identified five types of genocide: (a) cultural genocide, in which assimilation is the perpetrators aim; (b) latent genocide, the result of activities with unintended consequences (for example, the spread of diseases during an invasion); (c) retributive genocide, that designed to punish a segment of a minority that challenges a dominant group; (d) utilitarian genocide, the using of mass killing to obtain control of economic resources; and (e) optimal genocide, which is characterized by the slaughter of a group to achieve its obliteration,

Conversely, Chalk and Jonassohn (1990: 12-15) identified four types, namely genocide designed (a) to eliminate a potential or future threat; (b) to acquire economic wealth; (c) to create terror; and (d) to implement a belief, theory, or ideology.

Even if one was to refer solely to those cases deemed to constitute genocide in terms of the UNGC , there is still no crime in the twentieth century that has been more costly, more devastating, and more global in its impact. Genocide undoubtedly presents one of the most complete and conspicuous illustrations of state crime in violation of international criminal law.