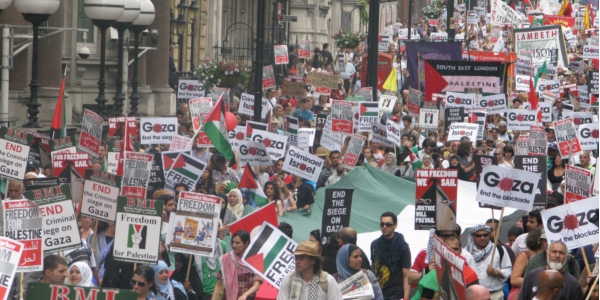 The capacity of state officials and state institutions to kill, maim, exploit, repress or cause widespread human suffering is unsurpassed (Green and Ward 2004). State crime scholarship has been successful in exposing the vast harms committed by states, but far less successful in illuminating the instances where state crime has been challenged, contested, opposed, and sometimes halted or prevented. Many of the most inspiring and dramatic events in the course of human history involve resistance to state crime. The celebrated resistance movements of World War Two, the end of apartheid in South Africa; the abolition of slavery; the achievements of the civil rights movement in the United States; the end of British rule in Northern Ireland; the survival of Indigenous peoples in settler countries; the ongoing challenge of feminism to male violence and the states collusion and participation in such violence, provide just a few examples. In the absence of a sense of the history and potential to resist state crime, the field of state crime risks being perceived as a depressing catalogue of inhumanity, suffering, and abuse of power perpetrated against powerless victims.

Resistance as an aspect of state crime studies has only recently emerged (see, Social Justice 2009 Vol 36, No 3). One exception to the lacuna in the state crime literature is the vast literature on resistance and the Holocaust (see, Friedrichs 2009). It is important to consider state crime and resistance outside of the most egregious and notorious act of state violence, the Holocaust and genocide, to include the study of the more everyday harms and violence embedded in the fabric of society. Continuing to focus on state crimes and resistance exclusively in the context of genocide in non-western countries or the Holocaust as a foremost exemplar of state crime, risks overlooking the pervasive state perpetrated violence and harms that occur as normalized, hidden or denied aspects of society, including in democratic states.

Resistance to state crime may confront an entire regime or be limited to opposing specific state actions. Resistance may be violent or non violent or a combination of both. Non-violent resistance, particularly when challenging highly repressive regimes, is often connected to other forms of power including force and violence (Roberts 2009). In the past forty years there have been at least a dozen revolutionary events powered by non-violent resistance (Urquhart 2011: 38). It is impossible quantify the less spectacular acts of resistance that take place all over the world on a daily basis. Resistance to state crime includes actions ranging from small, silent and personal to the multitudinous, spectacular, and momentous. Forms of non-violent resistance include mass rallies, demonstrations, strikes, fasts, and civil disobedience (Roberts and Ash 2009). The scope of activities that might be defined as resistance is vast (Pile 1997:14). Notwithstanding this, there are three aspects which set resistant acts apart. First, resistance is about opposition with social, moral or political intent against something (Abowitz, 2000). Intention is crucial. Mohandas Gandhi, seen as the modern father of non-violent resistance articulated the idea of resistance as a conscious option for resisting injustice (ses, Urquhart 2011: 37). Resistance requires making a choice to act against. Henry Giroux (1983) suggests that opposition is a necessary but not sufficient condition of resistance (107-111).

A third element of resistance is about creating, asserting or arresting change.

Resistance may involve the creation or consolidation of different ways of living, or it may be about stopping certain events. Resistance is bound up with the ways in which people understand their capacity to make or oppose changes (Pile, 1997). While resistance occurs at a personal level, it is at its most effective when it resonates with a community of resisters who have a shared experience, who can support each other and speak with and for each other (Scott, 1990; Sivanandan, 1990).

In responding to state crime, resistant acts may succeed on structural, institutional, social and personal levels. Success may be momentous or small. It might take the form of overthrowing a criminal state; challenging the states claim to truth; answering back to colonizing norms and values; changing unjust laws and providing access to law; holding the state accountable for its actions; reasserting positive values of care or dignity in society; changing the language and values of official workers; or presenting individuals with an opportunity to take action and move beyond powerlessness. To be effective, resistance strategies need to mobilize a movement of concerned others (Castells, 1983; Sivanandan, 1990). Effective resistance requires people to work together to achieve shared goals. Resistance is a political project in which people act on their moral conscience, engage in practical tasks of contestation and take risks in confronting powerful opponents. Celebrated resistance leaders such as Mandela, Ghandi and Martin Luther King were seen as effective in challenging state crimes through their ability to mobilize others. Human rights organizations, religious bodies and trade unions work to develop collective strategies within and across nations in an attempt to effectively resist state crime. An organized civil society is fundamental to the reform of criminal states (Green and Ward 2009). Domestic groups search out international bodies to place pressure on the domestic state (Risse and Sikkink 1999). International donors, nongovernmental actors, UN bodies and other powerful states are all in a position to place pressure on, or influence, states as perpetrators of crime. To succeed on a scale that is concrete and apparent resistance requires perceptive strategy, imaginative and canny leadership, organization and popular support. The media and Internet are also an increasingly important aspect of successful resistance (Urquhart 2011: 37).

It is important to keep in mind however that effectiveness and success are often difficult to measure. Victories may be Pyrrhic, temporary or have unintended or unforeseen consequences. State crime may prove resilient continuing or re-emerging in altered forms as the social, political, legal and cultural landscapes shift. While few would doubt the many achievements of the United States civil rights movement, equally it is impossible to argue that substantive equality has been achieved. Michelle Alexander in a recent book, titled The New Jim Crow: Mass Incarceration in the Age of Colorblindness argues that contemporary mass incarceration in the United States is a unique form of social control, much like slavery and Jim Crow, the systems it replaced. In Australia, Aboriginal Legal Services were established in the early 1970s to confront state crime in the form of routine police brutality and abuse of power against Indigenous people. A founding member of the service, when asked twenty years later about the impact of the legal service movement answered [I]ts made the police much smarter (Coe 1993:17). History doesnt repeat but injustice and state crime frequently do.

It may however be too narrow a frame to consider effective or successful resistance only as collective actions or those that impact discernibly on the state. What is seen as effective resistance may have grown unremarked or unnoticed from a whole range of small, quiet unsuccessful actions carried out by unknown individuals or small numbers of people. This idea of the many small actions over time leading to a more just outcome in the face of state crime is captured in the title of the anthem of the Australian indigenous land rights movement: From little things big things grow. There are circumstances in which resistance may not be seen, acknowledged or recognised by a broader audience. It may operate instead as offstage dissent (Scott, 1990). It may be too dangerous and repressive for individuals and groups to make open claims of victimization and demands for justice. Yet, in such circumstances, individuals and groups often continue to engage in actions that create a hidden transcript against the dominant force. Such transcripts may be made up of simple acts lighting a candle to remember someone killed by state forces. While these acts may not have a broad audience, and may even be done in secret, they demonstrate agency within contexts of limited power and may, in ways that are (deliberately) difficult for those not directly involved to comprehend, keep the will towards resistance alive. These struggles against power may, as Milan Kundera (1978:3) maintained, be the struggle of memory against forgetting.

Giroux H (1983) Theory and Resistance in Education: A Pedagogy for the Opposition London: Heinemann

Kramer, R (2010) Resisting the Bombing of Civilians: Challenges from a Public Criminology of State Crime Social Justice Vol 36 No 3, 78-99

Kundera, M (1978) The Book of Laughter and Forgetting London: Faber and Faber

Sivanandan, A (1990) Communities of Resistance: Writings on Black Struggles for Socialism London: Verso