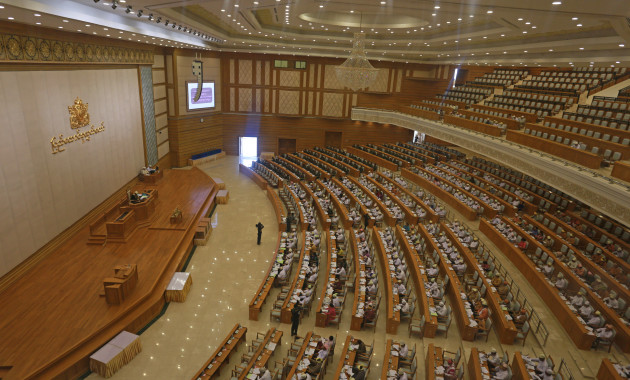 Over 80 organizations [Ed: led by Chin Human Rights Organization] from civil society worldwide [Ed: including ISCI] today call on the Government of Burma/Myanmar to scrap proposed legislation that would unlawfully restrict the right to freely choose a religion. If adopted, this law would violate fundamental human rights and could lead to further violence against Muslims and other religious minorities in the country.

The draft “Religious Conversion Law”, published in state-run media on 27 May 2014, sets out a process for applying for official permission to convert from one religion to another. It grants Township-level officials from various government departments sweeping powers to determine whether an applicant has exercised free will in choosing to change religion. Those found to be applying for conversion “with the intent of insulting or destroying a religion” could be punished by up to two years’ imprisonment, raising the prospect of arbitrary arrest and detention for those wishing to convert from Theravada Buddhism – the faith of the majority in Burma/Myanmar – to a minority religion, or no religion at all. Compelling an individual to convert to another religion through “undue influence or pressure” could carry a one-year jail penalty. The broad wording of this provision may effectively outlaw proselytizing in the country.

The right to freedom of religion or belief is widely recognized as having customary international law status. Article 18 of the Universal Declaration of Human Rights explicitly states that the right to freedom of thought, conscience and religion includes the freedom to change his or her religion or beliefs. The 1981 United Nations Declaration on the Elimination of All Forms of Intolerance and of Discrimination Based on Religion or Belief calls on States to rescind legislation where necessary to prohibit discrimination on religious grounds, and to take all appropriate measures to combat intolerance on the grounds of religion.

Under instruction from President Thein Sein and the Speaker of the Lower House of Parliament Shwe Mann, the Ministry of Religious Affairs [MoRA] drafted the law as part of a package of measures related to marriage, religion, polygamy, and family planning, based on proposals by a Buddhist organization called the Association for the Protection of Race and Religion. The draft “Religious Conversion Law” also includes a provision granting powers to MoRA to issue further directives and procedural regulations regarding the implementation of the legislation. Although MoRA lists its first objective on its website as “to allow freedom of faith”, its second objective is “for the purification, perpetuation, promotion and propagation of the Theravada Buddhist Sasana [teachings]”. The Ministry has also been implicated in imposing restrictive and discriminatory measures on minority religions.

This new piece of draft legislation appears to legitimize the views of those promoting hate-speech and inciting violence against Muslims and other minorities, and if adopted, will further institutionalize discrimination against religious and ethnic minorities. We urge the Government to scrap the proposed “Religious Conversion Law”, and to take the following steps:

1. Amend all other legislation to ensure that it incorporates the principles set out in Article 18 of the UDHR, which reads: “Everyone has the right to freedom of thought, conscience and religion; this right includes freedom to change his religion or belief, and freedom, either alone or in community with others and in public or private, to manifest his religion or belief in teaching, practice, worship and observance.”;

2. Sign and ratify the International Covenant on Civil and Political Rights (ICCPR), without reservation to Article 18;

3. Sign and ratify the International Convention on the Elimination of All Forms of Racial Discrimination (ICERD);

4. Extend official and unconditional invitations to the UN Special Rapporteur on freedom of religion or belief and the UN Special Rapporteur on contemporary forms of racism, racial discrimination, xenophobia and related intolerance to visit the country, and to travel within the country and meet representatives of different communities, political actors and civil society organizations without restriction or hindrance;

5. Study and implement the recommendations of the most recent report of the UN Special Rapporteur on freedom of religion or belief to the UN Human Rights Council, with regard to measures to address collective hate speech;

6. Study and implement the recommendations of the Rabat Plan of Action on the prohibition of advocacy of national, racial or religious hatred that constitutes incitement to discrimination, hostility or violence, which was adopted by experts including the UN Special Rapporteur on Freedom of Expression and Opinion and the Special Rapporteur on Freedom of Religion or Belief in Rabat, Morocco in October 2012;

7. Abolish the Ministry of Religious Affairs and replace it with an independent and impartial religious affairs commission with a mandate to eliminate all forms of religious discrimination;

8. Remove the requirement to list religion on the National Registration Card. Furthermore, we call on the international community to publicly urge the Government of Burma/Myanmar to immediately scrap the proposed legislation. The international community must make concerted efforts to press the Government to implement the above recommendations as a matter of priority, in order to protect the right to freedom of religion or belief and to prevent further violence against religious minorities.

Note: Analysis of the draft “Religious Conversion Law” is based on an unofficial translation produced by the Chin Human Rights Organization, available here.