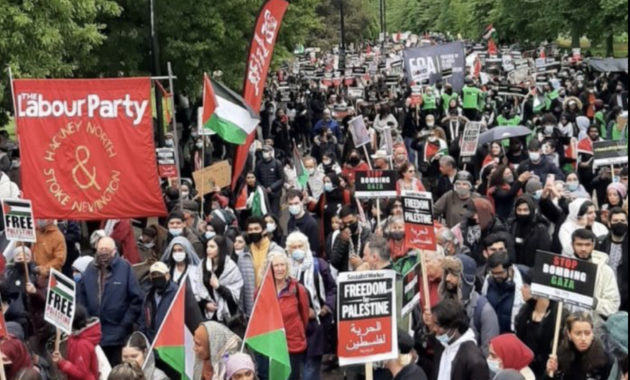 (This is a Repost of the Palestine-Global Mental Health Network Statement. Original here: https://www.pgmhn.org/announcement/a-statement-addressing-the-escalation-and-resistance-of-colonial-violence)

We are Palestinian mental health professionals targeted individually and collectively, in our own country, by a Zionist settler-colonial rule that spreads its violence throughout historic Palestine. As we salute the noble and courageous steadfastness of our people who persevere in their fight to exist on their land in freedom, justice, and dignity, we also express our profound concern in the face of a relentless colonial violence aimed at destroying the physical and psychological wellbeing of our communities.

In this moment, the Palestinian people are facing yet another escalation of the ongoing Nakba and colonial warfare, which the occupying forces have waged for more than 70 years in our homeland. These forces have mobilized a lethal military arsenal, including internationally-banned weapons, which they do not hesitate to use against our men, women, and children. From its inception, the settler-colonial Israeli regime has been based on a racist ideology of segregation and ethnic cleansing against the Indigenous people of Palestine. The Israeli government indulges in murdering our people, annihilating our humanity, and destroying our expressions of sovereignty over our ancestral land. The brutal Israeli attacks against Gaza, besieged for more than 15 years as the largest open-air prison on the face of the earth, has resulted in thousands of human casualties, among them women and children. These brutal assaults have targeted individuals and communities, life and land, and destroyed homes, hospitals, playgrounds, as well as other vital social, civil, and cultural infrastructure. The current vicious attack that started less than a week ago, has resulted in over 140 deaths, among them women and children, destroying homes, land and life.

During the last week, and as a response to the continued forced expulsion of Palestinians from their homes and the prevention of freedom of worship to Christians and Muslims alike in occupied Al-Quds/Jerusalem, Palestinians across geographies have arisen to refuse all aspects of racial discrimination and systematic oppression. While Palestinians have called for a firm and deep-rooted right to exist in freedom and dignity in their ancestral soil, Israeli settlers and right-wing fascist gangs, supported by government and police forces, are cheering “death to Arabs”. These forces aim to instill terror among the Palestinian population, burning and destroying Palestinian property, and violating the privacy of our homes. These attacks have not been restricted to 1967 occupied territory, but have also targeted Palestinian cities within the settler state, acts reminiscent of Zionist gangs during the 1948 Nakba; they a powerful reminder that these forms of racial terror are not an aberration, but formative of the settler colony. Further, the inclusion of the state’s “security” agencies to quell the popular uprising as it spreads, among them border security and the Israeli military, and the government’s permission to act against Palestinian citizens of the state, in cities and villages, has reminded us of the early stages of uprooting and state cruelties, and the system of surveillance, dispossession, and militarized occupation.

What might look at first glance as political chaos, or a civil conflict led by a group of extremists, is the result of a well calculated settler colonial machinery that operates politically, both at the local and global level via media and its populace. Embedded in this machinery is a project to objectify Palestinians, pushing and maintaining them at the limits of humanity, if not outside it. Such objectification and otherization intensifies Palestinians’ sense of insecurity in their homes and land, while maintaining their criminalization, animalization, and demonization in service of their elimination. The Israeli state’s racialized ideology coupled with its domination over Palestinian bodies, land and life exists to nurture a binary necropolitics that insists on a sacred and profane logic. That is, there are those that should be killed, and those that always and forever possess the right to maim, kill and eliminate. Such logic was apparent in formal Israeli statements maintaining the exclusivity of the Jewish Israeli, and the demonization of the disposable other. This logic of exclusivity and supremacy embedded in state’s racialized logic can be also detected in Israeli media coverage that consistently frames settlers as permanently and persistently victims. This framing ignores Palestinian ordeals, and historical memory alongside present narration. Not even the narration of a Palestinian child’s dead body, unchilded and targeted by the Israeli colonial racialized regime of control can nudge the narrative. Make no mistake that the state’s denial of historical and present injustices and memories, coupled with the dismemberment of the Palestinian social, cultural, and spiritual fabric are all forms of intentional, racialized dehumanization to situate Palestinians outside the limits of humanity.

As mental health workers, we call on professional health providers everywhere to speak out against the Israeli state’s violent technologies of terror and dispossession, and simultaneously re-imagine their responsibilities to act against these colonial cruelties. As mental health professionals we urge you to speak, to organize, and to act against the racialized disciplinary and eliminatory practices that pose major ethical concerns for critical mental health professionals and action oriented scholars. Over 70 years of the State’s ethnic cleansing of indigenous Palestinians Judaize the land, coupled with the unending violation of Palestinians’ survivability, connectivity and belonging, carries major psychological and emotional ramifications in this moment, and for the future of Palestinian survivability.

Being a silent bystander at this critical moment in the Palestinian freedom struggle is not an option for mental health workers, as it helps to maintain the ideology and criminalities of settler colonial racialized governance. When mental health professionals act as an ‘authority-based-profession’, they violate their own code of ethics, and can become the operating arm of the colonial state, an extension of its power.

To refrain from turning our mental health profession into an accomplice to dismemberment, murder, and dispossession of an Indigenous people, we call on you to name this violence, and act immediately in whatever capacity you can to intervene, to stop these atrocities, and take a stand for immediate decolonization.