Israeli Settler Colonial Quandaries after Operation Guardian of the Walls 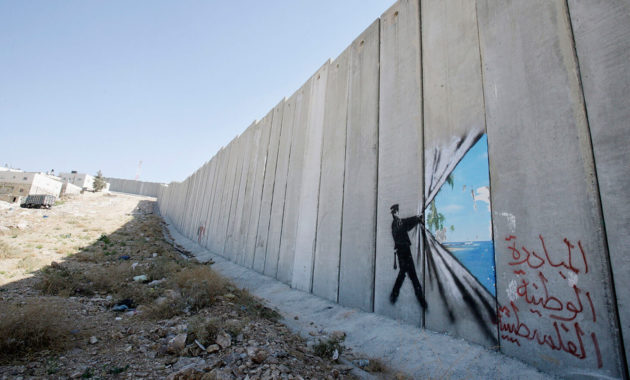 Now is the time to learn from the past, and prepare for the future. The next few weeks will show the world whether the failure of the IDF’s Operation Guardian of the Walls becomes a tipping point in the Palestinian struggle for basic rights.

The Rise and Fall of Settler Colonialism

Settler colonialism has not fared well since 1945, as the French discovered in Indochina and even more so in Algeria, the Dutch in Indonesia and South Africa, and the English in Rhodesia (now Zimbabwe). This was not always the case. Canada, Australia, New Zealand, the United States, and much of Latin America have settler colonial origins, and yet were able to establish durable highly respected sovereign states by violently and permanently extinguishing, or at least sidelining the presence of native peoples while depriving them of their ancestral homelands. In effect, if the dirty work of ethnic cleansing and crimes against humanity had not effectively subdued the natives by 1914. By 1945 colonizing arrangements were doomed. Some especially prized colonies managed to survive for some years if prepared to pay the price in blood and treasure, but the game as it had been played in the colonial era was discredited, essentially over.

There are many explanatory narratives for this downfall of European colonialism. The most influential one suggests a combination of rising nationalist passions and changing international norms, the vulnerabilities of the colonizing elites to mobilized resistance of subjugated peoples, the international weakening of the European colonial powers by the losses in World War II, and the rise to global preeminence of the anti-colonial Soviet Union and the highly ambivalent United States with a blurred identity from the contradictions between celebrating its war of independence and its leadership of the Western alliance whose prominent members were the leading colonial powers. The underlying shift in balance may have been mostly in the minds of both the colonized and the colonizers, the belief that the colonists could be beaten, reversing the earlier posture of defeatism because it was presumed hopeless to challenge colonial rule because of the disparities in weaponry and the ruthlessness of the settlers. A historical tipping point may be traced back to the 1904-05 War when the backward Japanese defeated the colonizing Russia, which created a precedent that the European powers were not invincible, and could be successfully resisted.

Given this background, the success of the Zionist Project in establishing Israel is remarkable. The colonizing ethnicity of Zionism took the form of a movement rather than a state. Unlike the standard ‘settler colonial’ image, Jewish immigrants arrived in Palestine with a sense of entitlement that combined a long connection by ethnic tradition with the land, strongly expressed through the biblical promise of return to ‘the promised land.’ Such claims in the mind of Zionists took precedence over the claims of non-Jewish residents, no matter how connected with the land of Palestine and how deep their ancestral roots. More cynically, Palestinian rights were erased by the Zionist sense of mission, or if not, many Palestinians were expelled from their homeland, and the remainder were subdued to make way for Jewish destiny. This blend of rationalizations for permanently banishing large numbers of the majority population from their homeland was given an indirect humanitarian justification by the rise of Naziism in the 1930s combined and accentuated by the reluctance of liberal democratic governments to admit many Jewish refugees. Whatever the inequities of displacing Palestinians to make way for a ‘democratic’ Jewish state, it was less compelling to the Western mind than allowing surviving Jews a place of sanctuary after the horrors of the death camps, culminating in the Holocaust. As might have been expected, the non-Jewish majority in Palestine didn’t view the issues in the same way, regarding the territorial claims the native population as protected by law and morality, and viewing Jewish suffering as essentially a European problem that should not be solved at the expense of a non-European people. For most of the world, especially for Arab countries, the Zionist Project was perceived as the last European colonial venture, an encroachment on the sovereign rights of a non-European nation. Justice demanded that the Zionist Project fail enabling the native population of Palestine to control their national destiny in accord with the most fundamental of human rights, that right of every people to self-determination.

Yet this is far from the whole story. Rights often yield to power. In the case of Israel, Jews have no metropolitan country to which they could return as most of the French did in Algeria, and have managed to establish and sustain a flourishing state for 73 years. In fact, the underlying impulse of the founders of the Zionist Movement was a reaction to the history of antisemitism, and the belief that Jews would never be accepted as equals in European society. Such a background has made either/or solutions for the Palestine and Israel struggle cruel and seemingly genocidal, and has led to a sense that the only viable futures are either a continuation of the distinctive Israeli brand of apartheid resting on an ideology of Jewish supremacy or an abandonment of apartheid by way of genuine commitments to the equality of the two peoples and a condition of peaceful coexistence. A peace and reconciliation process of some sort would be needed to acknowledge past injustices, serving as a prelude to constructing a just political order of whatever shape representatives of the two peoples can agree upon to address the overlapping claims of self-determination.

Something of this sort happened in post-apartheid South Africa. Despite the vast differences in circumstances, especially when it comes to demographic balance, the white supremacists gambled successfully that they would be better off abandoning apartheid in favor of multiracial constitutionalism. In retrospect, the odds were strongly against such a gamble given the near certainty that the long and harshly oppressed African country would vindictively control the governing process once given the chance. There have been disappointments, but as an alternative to the persistence of apartheid or a bloody armed struggle, South Africa is a shining success of peacemaking. The experience could be instructive for Palestinian and Israelis, as well as for civil society solidarity efforts and inter-governmental/UN diplomacy going forward.

One hopes this latest display of high tech militarized violence by Israel, especially as carried out so vengefully in Gaza, gives rise in due course to the kinds of Israeli self-scrutiny that led the Afrikaners to reevaluate their options and cast aside apartheid. Such a radical reevaluation of priorities will be hidden at first, but may take sufficient hold on the political imagination of Israelis over time to at some point produce the sort of drastic change that occurred when Nelson Mandela was most unexpectantly released from prison after 27 years of confinement, and immediately accepted as the lead peacemaker and future president of the country. For Israelis to go down such a path seems now so unlikely it is unworthy of mention. Rather the opposite adjustment to adversity seems far more plausible in the immediate future. It arises from the reasoning of ‘hard men’ that believes that it is not enough to punish Gazans disproportionately for daring to fight back against Israeli provocations. What Israelis believe is needed is a display of force sufficient to crush once and for all the Palestinian will to resist, whatever degree of violence it takes to kill off the Palestinian will to resist. Israelis seem to be thinking along these lines.

Yet, I would not give up on a modified version of the South African defeat of apartheid. It took decades of internal resistance reinforced by a resolute international BDS (Boycott, Divestment, Sanctions) campaign, sports boycotts, and UN condemnations of apartheid. The wider context of this failed Israeli recourse to punitive violence on a large scale gave rise to some responses that have the potential to strengthen the Palestinian struggle, putting new weight on Israelis to reconsider their approach to security and serenity before it is too late.

Palestinians exhibited greater unity than during prior violent flareups. As well, there seemed to be more global voices that spoke against the Gaza onslaught and were appalled by the U.S. efforts to shield Israel even from allowing the UN Security Council to call for a ceasefire. Further, the communal violence of Arab and Jew in mixed Israeli towns and villages where the two peoples lived side by side made it evident that the Israeli Palestinians were part of the wider anti-apartheid struggle could not be separated from the Occupied Palestinian Territories or from the plights of several million refugees and the torments of an additional several million involuntary Palestinian exiles. It became evident that the Palestinian people whatever their circumstances are one people. This sense of belonging to the Palestinian struggle was further demonstrated by the protests from across the borders of Jordan and Lebanon, as well as pro-Palestinian demonstrations in the countries whose governments had been bribed into an acceptance of ‘normalization agreements’ by Trump diplomacy and in Western backers of Israel including the United States. The IDF (Isreali Defense Forces) gave the code name Guardian of the Walls to their military operations, but if one looks closely we notice cracks in those walls, tarnishing the boasts of the guardians.

The next few weeks will be revealing. Can Palestinian unity hold? Will the continuing unrest in Jerusalem suggest the onset of a Third Intifada? Will the UN finally come alive, suggesting the relevance of the Right to Protect (R2P) norm, readying the General Assembly to invoke the Uniting for Peace Resolution for future use, and requesting an Advisory Opinion from the International Court of Justice (ICJ) on the legality of the prolonged occupation of the West Bank, Gaza, and East Jerusalem, the blockade of Gaza, and the denial of repatriations rights to Palestinian refugees? We might remember that opponents of South African apartheid appealed to the ICJ on four separate occasions.

We should also watch the internal political repercussions of these events on Israel itself. Will the views of 72% Israeli Jews supposedly dissatisfied with the ‘premature’ ceasefire push Israel toward even harsher forms of belligerency? Will Netanyahu find yet another way to stay in power? Will the Iran nuclear agreement be restored, and U.S. sanctions on Iran be substantially removed? Will the supplemental military aid for Israeli weaponry of $735 million go forward?

The people of Gaza are once again burying children and loved ones, enduring the devastating effects of a massive Israeli military operation, and in the face of an underlying humanitarian emergency conditions compounded by the pandemic, a degraded medical system, and a long-overburdened infrastructure. Yet despite acute victimization, and in contrast to earlier massive Israeli military attacks, there are flowers blooming among the ashes visible to anyone who looks closely.