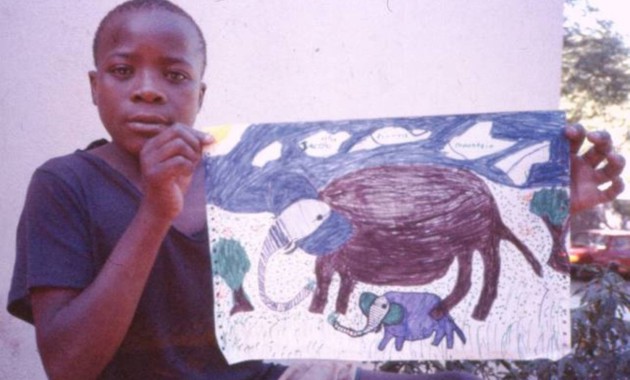 Children are often the invisible victims of state neglect. This is arguably a state crime of ‘omission’. In some circumstances abuse can also arise from deliberate ‘acts’, which are institutional or strategic in nature, and may reflect state policy. In both instances, the state derogates from its obligation to protect children, which is codified in a number of international conventions.

Apartheid South Africa was an example of deliberate abuse. Public services were denied to “non-white” children, children were held and punished as political prisoners, families were systematically destroyed, and thousands of children ended up living on the streets (UNICEF 1989). Even a drawing of state abuse could have put the child in jail.

But children’s drawings were also an effective way to collect data, and a powerful tool for advocacy. Over a two-year period (1984-6), research conducted among street children in South Africa utilized ‘draw and tell’ as a victim-centered method of state crime research. The children’s narrated drawings vividly illustrated how macro-abuse of state power (apartheid) was translated into micro-abuse of street children through the police, military, government officials and the public. At the time, vigilante groups were also systematically attacking children to “cleanse” white districts, with tacit police and political approval. The children’s drawings also evidenced these crimes.

The following case study provides a range of materials to: