Documenting Youth Detention in the USA 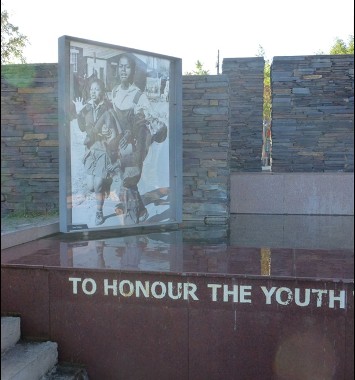 A staggering 2.2 million people are behind bars in America, over 60,000 of these juveniles, making the USA the world leader of youth detention: over half a million young people go through detention centres in the USA annually.   The USA falls far short of international recommendations of 12 years old as an absolute minimum for criminal responsibility, with some US states setting levels as low as 6 years.  Youth crime is decreasing, yet media coverage suggests, and the public believes, the exact opposite to be true – and political rhetoric increasingly focuses around ‘fear of crime’ and need for security.  What is the logic behind this ‘new punitiveness’?  If the logic is to protect the wider population from young, violent offenders, it has failed.  If the logic is to reform and rehabilitate these young people before they graduate to more serious crimes or become trapped into a pattern of adult offending, it has failed.  Incarceration can be a desperately lonely and dehumanising experience, something felt even more acutely for young people behind bars.  Photography can provide a window through which we are able to see the human being, the child, behind the bars.  It brings our focus back to the individual, their experiences and realities, and can provide the ‘wake-up call’ so often needed for progressive change to occur.

Documenting Youth Detention in the USA

In Belgrade, Serbia, exhibition entitled Seen But Not Heard was held in December 2013, curated by Pete Brook.  The show brought together works by Steve Liss, Ara Oshagan, Joseph Rodriguez and Richard Ross, as well as photographs by incarcerated youths.  The photographers exhibiting in Seen But Not Heard have all taken their cameras inside detention centres, and the photos by children were enabled through cameras brought to them by art teachers and NGO staff.

These photographers have worked independently on various projects around the ideas of ‘youth justice’ and ‘youth imprisonment’, and their findings instilled within them a responsibility to inform the public about the realities they uncovered.  Brook believes that photographs, used wisely, can provide insight into what goes on in juvenile prisons, and the lives of their inmates.  He admires photography that depicts young detainees ‘as citizens-in-the-making, as humans with as complex emotional needs as any of us, as not lost causes, as victims as much as they may have been victimizers, as our future, as individuals society must look to help and reintegrate and not discard’.

Further, Brook comments on the ability of this photography to subvert the natural order of things – cameras in prison are used to maintain order but this is undermined by putting the camera in the hands of detainees.  Different stories are told, the subject is no longer the ‘subject’ but empowered and in control, artistic expression is restored to landscapes of control.

Steve Davis facilitates workshops for youths and created, Captured Youth.  We see in his work the secret lives of those detained, the energy the young people exude at absolute odds to their situation.  The close-up portraits capture the different faces of detained youth, their expressions ranging from defiant to pleading, many avoiding the camera lens with their gaze. The photos of daily life allow us to imagine what it would mean to be there day after day: the endless boredom, the dulling of the senses.  Perhaps basic needs are met, but what of other needs vital for positive development, the solitary basketball hoops hardly seems adequate.

Steve Liss created the book, No Place For Children: Voices from Juvenile Detention.  The work awakens us to what it really means to be a child in these institutions.   Young children are subjected to enforcement methods designed for adult men.  Some of the children are heart-breakingly small, and are loomed over by guards, who observe and control their every move.  If the state cannot understand the differing physical needs of this children, do they understand their emotion needs?  This body of work elicits true feelings of despair, and anger.

Ara Oshagan’s book A Poor Imitation of Death is to be published in 2014.  Ara Oshagan followed six young people as they progressed through the system.  He also asked these youths to write poetry, and presents their poems alongside their photos.  This permits further comprehension on the part of the viewer as to the extent, range and depth of the emotions felt these young people during, and as a result of, their incarceration. The photos are stark, and the hand-written words provide almost painful evidence of the lives kept shut away.  The notes are cutting and honest, perhaps often representing a release of thoughts and emotions previously kept hidden, or locked away.  The isolation is palpable in these photos, and yet there exists ever-present watching eyes, engendering uncomfortable ‘alone but never alone’ sensations.

Having been previously incarcerated, Joseph Rodriguez felt a duty to tell the stories of incarcerated children.  His work is collected in Juvenile Justice, which uses the stories of certain young people to help the viewer (and the artist) understand what it means to go through the criminal justice system.

For his Juvenile In Justice project, Richard Ross has photographed in 31 States and interviewed around 1,000 children.  He has used this vast work ‘to turn the lens on’ these institutions and document the real ‘goings-on’ within.  He has found that while some positive interventions are implemented, huge amounts of distress is felt by these young people, and harm is imposed upon them, including the subjection of children to solitary confinement.  He aims through this work to ‘give voice to imprisoned children from families that have no resources in communities that have no power’, and urges others to take action themselves.

Detention centres do not foster positive development; detained youths are less likely to ‘grow out of’ their delinquency than others, and bringing together delinquent youths often has the effect of increasing deviancy-levels.  Additionally, young people in youth detention centres may be subjected to violence, and detention can aggravate mental illness, increasing risk of depression, and subsequent self-harm and suicide.  Detention negatively impacts on future education and employment success, which affects not just the individual but whole communities where incarceration rates are high.  Further, detaining young people leads to increased criminality; previous incarceration is the leading predictor for repeat offending among youths, and there is an increased risk of young people committing more violent crimes following their first detention.

In recognition of these failings, some States in the USA are implementing more progressive policies, in contrast to the largely unchanging attitudes towards imprisonment of adult populations.  However, although youth incarceration rates in the USA are falling, they are still high.  Some children are locked-up and forgotten, becoming part of an ignored underclass, in and out of work and prison, failing to achieve and thrive.  They have no voice, they are dismissed before they have a chance to become the people they deserve to become, not given the chances they desperately need.  It is inevitable that this life of little will be their outcome, if that was their beginning.

Additionally, does this pulling-back on youth detention necessarily reflect changes in the ways law-makers view children, or can it sometimes reflect less moral motivations, such as the economic burden these systems place upon the state?  If so, are these then children equally as forgotten, lost instead to a world of low-paid work and decreasing welfare?  The lack of change with regards to the minimum age of criminal responsibility permits scepticism.

And what of the children who continue to be arrested and detained? What can be done to help them, improve their lives both in and after detention? If economic considerations are paramount, which in today’s ‘age of austerity’ is likely, the opportunities for improvement seem scarce.  And with 40% of imprisoned young people now housed in private institutions, with their often lower standards, is the situation for these youths in fact worsening?

The projects led by the photographers in Seen But Not Heard, as well as those led by countless independent and community groups, work to improve the lives of young people detained in the USA both through direct means and through pressurising governments to change policy.  This body of photographic work raises questions around whether the criminal justice systems actually reflects ‘justice’, and works against public perceptions of young people, and young convicts in particular, instead showing them as vulnerable and energetic citizens-in-the-making, who should be nurtured and supported – not stigmatised and isolated.  This work forces us to confront an issue that often remains academic, the visceral nature of the photos render the viewer speechless at times, and the disgust they provoke can only serve to stimulate progressive change.