State Response Towards Natural Disasters: Can the UK Government’s Response to Covid-19 Be Considered a State Crime? 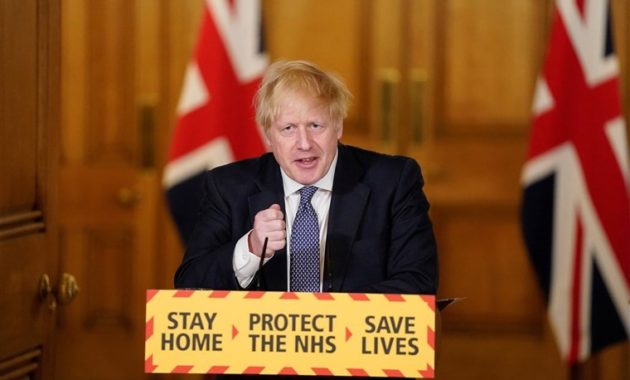 There is no doubt that any pandemic would call for the utmost care from governments in order to combat the virus, yet the UK Government appear to have underplayed the gravity of Covid-19. This has resulted in serious harm, to both UK citizens and public trust in the system.

As the UK economy is encouraged to re-open, it is questionable whether the UK Government is prioritising the economy over citizens’ lives by promoting the original ‘herd immunity’ approach to Covid-19 in an unspoken, roundabout way to avoid further public scrutiny.

The UK Government’s ineffective acts and omissions in response to Covid-19 identified in this article are only the tip of the iceberg, and the recognition of human rights violations and state deviance presents strong evidence of a state crime.

Among the more obvious state crimes, such as torture, genocide and war crimes, the handling of natural disasters by states, although more controversial, can also be considered a state crime. With Green and Ward’s seminal scholarship on state crime, we are provided the conceptual tools needed to uncover the subtler crimes committed by governments.  Accordingly, a state crime is defined as “state organizational deviance involving the violations of human rights”.

The death toll in the UK is currently at 45,053 (up to date statistic available here) and has remained the highest in Europe over the past couple of months. The delayed attempt to mitigate these numbers has illuminated the negligence of the UK Government in tackling this deadly disease from the start. As the current Covid-19 pandemic continues to spread across the globe, and new data is generated every day, the significance of government action cannot be watered down and accountability must undoubtedly be established. Whilst establishing culpability, blame and responsibility is not a clear-cut exercise, it is evident that the UK Government has contributed to these deaths to a considerable extent.

Incorporating a human rights standard into a state crime definition is helpful because the preservation of human rights is universally advocated for in every country.

The most common feature of structural violence that countries are facing during the Covid-19 pandemic is the shortage of medical provisions. Despite the UK having ample resources and the economic means to circumvent a shortage, a lack of foresight has perpetuated this structural violence. Before the coronavirus outbreak, it was revealed that in the UK there were only 2.5 hospital beds and 2.9 doctors per 1,000 people. As the virus began to spread, the National Health Service (NHS) were reported to have requested 30,000 more ventilators and delivery of extra personal protective equipment (PPE) for frontline NHS staff. Yet, Health Secretary, Matt Hancock, undermined these numbers and reduced this request to only 18,000 ventilators. Even though healthcare faculties have been warning the Government for years about a shortage of intensive care capacity in hospitals, it has arguably neglected these “second generation” human rights by treating healthcare as a commodity rather than a fundamental right.

The Government’s role in breeding vulnerability among these essential workers is a critical factor in demonstrating existence of a state crime in the UK.

Moreover, ‘essential’ workers have been encouraged to continue working, yet Ms Mujinga, a rail worker who passed away after being spat on by a man claiming to have the virus, was denied PPE despite having underlying respiratory problems. The Government’s role in breeding vulnerability among these essential workers is a critical factor in demonstrating existence of a state crime in the UK.

Deviance in terms of a state crime covers behaviour that infringes international and domestic law, as well as social morality. Green and Ward claimed those ‘from below’ have the power to apply deviancy labels to state actions. For instance, police brutality in the United States has been met by resistance from civil societies around the world, as public demonstrations and protests have been taking place. Likewise, health experts and the British public have consistently spoken out against Boris Johnson for failing to justify why less stringent measures to curb the spread of the deadly virus were introduced in comparison to other countries.

It can be argued that the UK’s initial ‘herd immunity’ plan was a detrimental omission which exacerbated the population’s vulnerability to the virus, consequently aiding the spread of the virus short-term. David Nabarro, an envoy for the WHO, explained how all governments were warned how serious the situation was likely to become as early as the end of January. Despite this,  Johnson was reluctant to close Britain’s schools, pubs and restaurants and negligently failed to announce a complete lockdown until late march – government advisers insensitively claiming that fewer than 20,000 death would be “a very good result” for the UK. Countries, such as Taiwan, were statistically at a higher risk of a major Covid-19 epidemic due to its tourist ties with China, however, due to its government’s extensive regime of testing and tracing, 3 months on from Taiwan’s first confirmed infection, it registered fewer than 400 cases and 6 deaths. This has significant merit because despite the effectiveness of testing and tracing, Johnson only announced a “world-beating” tracing system in late May, and it is still yet to materialise. The UK Government’s deviant omission to act with haste illustrates its gross negligence as a fundamental cause of the extent of the pandemic within the UK.

The UK Government’s deviant omission to act with haste illustrates its gross negligence as a fundamental cause of the extent of the pandemic within the UK.

If civil society views state actions as deviant because human rights are being violated, society will consider a state illegitimate. When states attempt to offset liability through methods of neutralisation, this shows a divergence from transparency, and hence divergence from legitimacy. On 22 April 2020, the virus was reported to have caused 41,000 deaths in the UK according to data from the Office for National Statistics, despite the estimated figure of 17,337 released by ministers the day before. The UK Government intentionally avoiding the public reporting of excess deaths, which include deaths indirectly relating to Covid-19, demonstrates a lack of transparency and reliability as citizens are kept in the dark when looking to understand the full impact of the virus.

Ultimately, although ‘past the peak’ of the virus, the UK is still among countries experiencing an extreme amount of Covid-19 deaths as its attempts to ‘flatten the curve’ has proved insufficient. The, yet again, premature and misleading measure to ‘re-open the economy’ from 4th July demonstrates that the UK Government had little intention of prioritising human lives over the economy. On the 29th June, Leicester was the first UK city to be brought back under a localised lockdown, and undoubtedly will not be the last, as the UK continues to underestimate the potential severity of another spike of Covid-19 – just as China has been hit by a second wave. 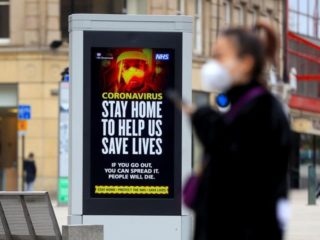 Clearly, liberal regimes are not immune from committing state crimes. These past months has highlighted the UK Government’s negligence and its disorganised approach in minimising Covid-19’s death rate. It is not surprising that an independent inquiry into the handling of the pandemic has been agreed in the House of Commons as shortages of PPE, the discharge of Covid-infected elderly people into care homes, the delays in imposing lockdown and the promptness to relax restrictions all within 6 months, will all be placed under the microscope. Greater recognition of state response to natural disasters will inevitably call for states to fulfil their obligations in preventing devastation, or face being held accountable by civil society.

*Tiffany Babayemi is a student at Queen Mary University of London, studying on the LLM Commercial and Corporate Law. Pursuing a career in commercial law, she took the Crimes of the Powerful: State Crime module and had the opportunity to write a piece reflecting on the extraordinary times we currently find ourselves in.