Hungary and Covid: before and after / Elliott Goat 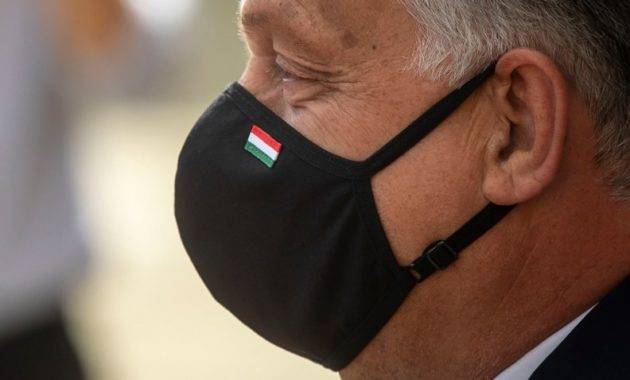 The witch is gone but the spell remains. Despite repealing the extraordinary measures granted him to fight the coronavirus outbreak, Hungarian Prime Minister Viktor Orbán emerges from the pandemic with greater powers and more control over a country that was already sliding into authoritarianism.

Democracy and the rule of law have long been in retreat in Hungary.

In Freedom House’s recent Nations in Transit report, declining standards in democracy saw it join Moldova, Ukraine and Georgia as “Transitional or Hybrid regimes” – countries classed between a democracy and full autocracy.

In the decade since assuming power, Prime Minister Viktor Orbán and his ruling Fidesz party have worked towards achieving their stated goal of turning Hungary into an “illiberal democracy”.

To this end, Ben Rhodes, former deputy national security advisor to Barak Obama, writes that Orbán has “systematically worked to remould Hungary’s democratic institutions. Parliamentary districts were redrawn to benefit Fidesz. Ethnic Hungarians outside the country were given the right to vote. The courts were methodically packed with right-wing judges. Fidesz’s cronies were enriched and, in turn, members of the business elite funded Orbán’s politics. The government constructed a massive propaganda machine, as independent media were bullied and bought out and right-wing media were transformed into quasi state-media”.

Yet despite his near-complete control over the county and its levers of power, Orbán remains wary of future challengers to his authority. Following a better than expected showing in October’s municipal elections, which saw opposition parties make big gains in urban areas and seize control of Budapest, there is a growing fear among Fidesz supporters that a single unified opposition candidate in the 2022 presidential election could spell trouble for the regime.

This context is key to understanding the sweeping emergency powers brought in to deal with the coronavirus – and the crisis’ lasting impact on the future of democracy in Hungary.

Using his two-thirds supermajority secured in 2018, Orbán pushed through emergency powers which suspended parliament and allowed the government to rule by decree. It put a halt to all local or national elections and clamped down on “scaremongering” over the pandemic, sparking concern for press freedom. Crucially it imposed a state of emergency without time limit.

A resolution passed by MEPs in April condemning the Hungarian government’s actions as “totally incompatible with European values” was met with the usual obfuscation from the European Commission.

Human Rights Watch’s executive director Kenneth Roth said the move marked a “fundamental change” within the EU, which had “ceased being a bloc of exclusively democratic states”.

The message from Washington was similarly direct. Eliot L Engel, the chairman of the US House of Representatives’ foreign affairs committee, said Orbán was making “a blatant power grab” that allowed him to rule by decree “like a dictator”.

During the state of emergency, the Hungarian government issued more than 100 such decrees, imposed sectoral taxes, halved the amount parliamentary parties receive in state subsidies and took away significant financial resources from local communities that partially fell into the hands of the opposition last year. Some government critics have been arrested over critical Facebook posts and protestors issued large fines for challenging the government’s measures. Military staff had been dispatched to some businesses deemed “strategic” during the pandemic.

Parliament also passed new laws entirely unrelated to the coronavirus, such as those restricting the rights of transgender people.

Yet Orban has argued these draconian measures allowed him to act quickly and decisively to tackle the outbreak – pointing to the relatively low number of confirmed cases (4,077) and deaths (565). Polls show that, for the time being at least, the public agrees.

On 16 June, Hungary’s parliament unanimously voted to end the state of emergency and Orban’s extraordinary measures. Hailed by the government as fulfilling its promise to restore almost unlimited power, the vote has been condemned as an “optical illusion” by human rights groups, who argue the authorities retain far greater powers than before the crisis.

They point to a nearly 250-page long bill passed under the state of emergency which would enable the government to declare a so-called “state of medical crisis” and rule by decree in the future. Under the new rules, a state of medical crisis could be called for six months and extended without specific limits. The government would be allowed to restrict some rights, suspend certain laws, and take extraordinary measures.

“On closer scrutiny, the scrapping of the law still leaves the government more powerful than before the coronavirus crisis”, the BBC reports, with Budapest-based democracy watchdog the Karoly Eotvos Institute stating the new law “creates a legal basis for the use of newer extraordinary and unlimited government powers”.

“Those who have been sounding the alarm that the government can and will abuse the powers it gained in relation to managing the Covid-19 crisis were in fact right,” argues the Hungarian Helsinki Committee.

Only time will tell.

Elliott Goat is a journalist and director of election watchdog NGO Unhack Democracy.